War Between Men and Women 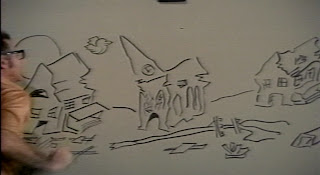 I may be in the minority on that subject, having sated my bloodlust on video games and violent movies many years ago. 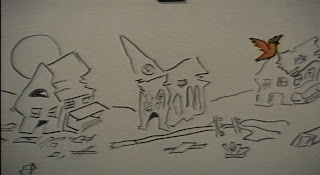 I believe, however, that I stand with the majority in my affection for James Thurber. 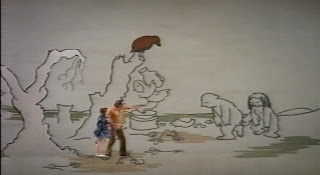 These are some more frame grabs from 1972's The War Between Men and Women. 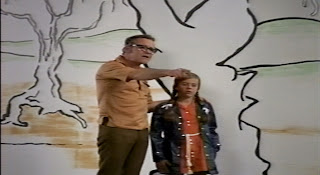 This sequence mixes live action with animation.  It's made most effective by shooting on an illustrated set. 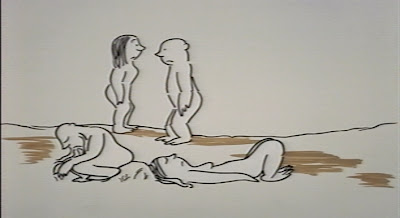 And intercutting with full animation. 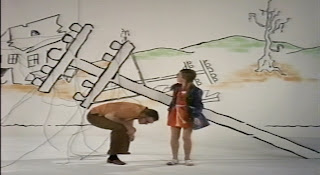 It makes interacting with the background seamless. 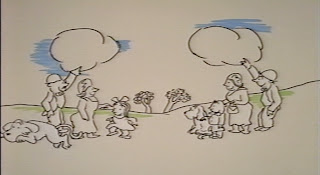 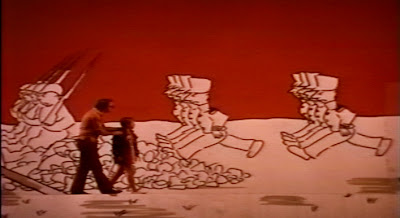 There are some composites (though this may be a rear projection, it's impossible to tell from VHS). 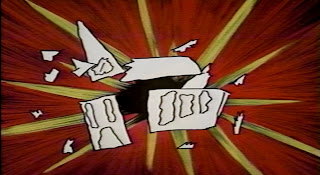 There's an explosion towards the end of the sequence which I like. 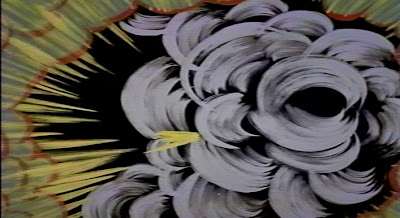 That leads to a graphic conclusion 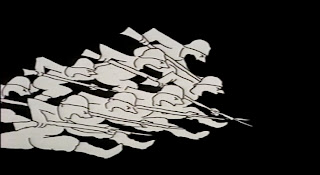