These are screen grabs from the second big animation sequence in 1972's The War Between Men and Women.

In this sequence, the Thurber-based cartoonist played by Jack Lemmon makes drawings on a board which come to life and attack him. 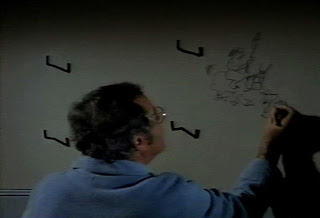 These are grabs from a VHS, so they're pretty bad quality.

The scene is fairly dark, so I bumped the brightness a touch. 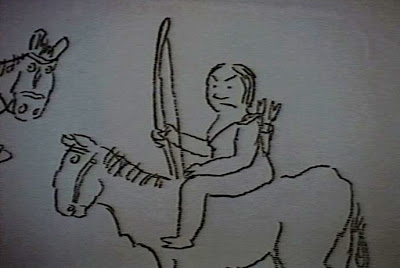 She turns, angry, towards him. 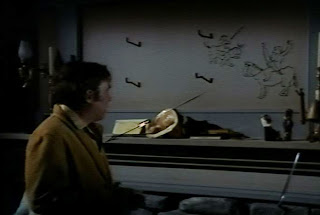 Soon she's shooting arrows at him and his pal. 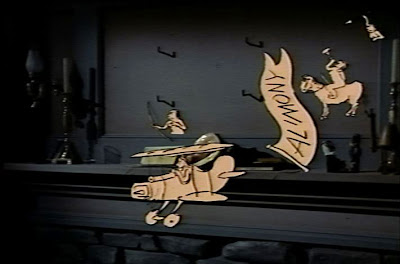 A whole army comes out of the board. 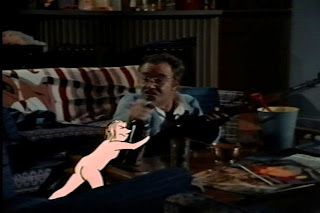 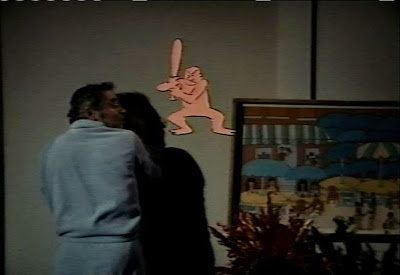 Before he conjures a man to engage in battle. 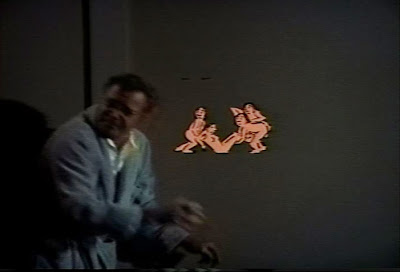 Putting a hard hit on the women.

These drawings seem less "Thurber" than the opening sequence.  They're rough and loose like Thurber, but it seems like the complexity of the sequence took the animators' hands in a different direction.

There are a couple more nicely done sequences we'll share in the future.
Posted by roconnor at 5:37 AM