I would be speaking for thousands, hundreds of thousands, of film lovers if I were to say John Cassavetes films were a revelation to my young mind.  They hit me in my mid-20s when Symphony Space ran a series of weekend double features.  I would love to produce -heck, I'd love to just see -animation that has real emotional connection of Husbands or even Opening Night. 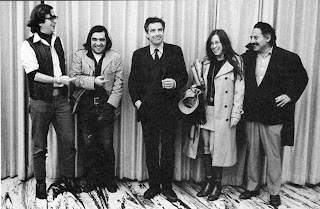 Last night there was a signing for a new book of Sam Shaw photos at the Players Club.  We were asked to cut together a little montage for the show.


Shaw was the producer on many of Cassavetes films. But he was also a his friend and a friend to many of his subjects. In fact, he was the guy who suggested Arthur Miller write the part for Marilyn Monroe in The Misfits and his photos of Marilyn became the inspiration for the iconic scene from The Seven Year Itch.

Email ThisBlogThis!Share to TwitterShare to FacebookShare to Pinterest
Labels: photography