I have a review of Independently Animated: Bill Plympton up for The Comics Journal.

It's an excellent book.  Very well produced and very personable.  It fills a gap in the animation library. 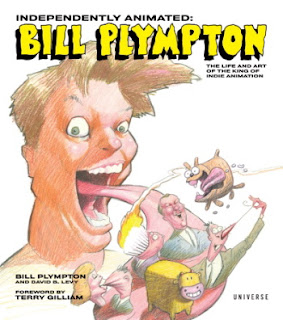 *********
Anthology Film Archives has program this afternoon which includes Leger's Ballet Mechanique and other short experiments from the 1920s.
These bits of history may not be exciting in the same ways they were 90 years ago, but they're still exhilarating.
*********
The Tribeca Film Festival has announced it's slate. 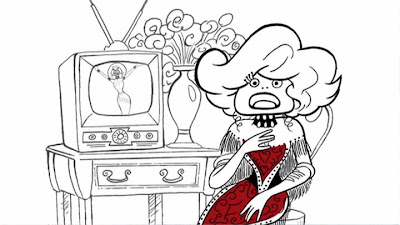 Carol Channing: Larger Than Life will be premiering there.  We've done several short segments in the style of Al Hirschfeld for the film.
They also announced their program of animated shorts. (CLICK HERE)
I'm unfamiliar with all of the films and all of the filmmakers in the program.  It's good that such a high profile festival isn't bound to play the old standards.
Here's the list:

Congrats on the Tribeca news, Richard! My film is there too!

And, thanks for the great review of the Plympton book, although you are mistaken that Bakshi goes unspoken in the book. Bill mentions Ralph and his movies/impact several times in the book. Maybe not to the extent you expected, but it is in there.

There is a little about Bakshi, like when he says Ralph in 70s showed there's an audience for mature animation.

It seems like McCay and Bakshi are the figures that look over his career.

Congratulations to you on Tribeca. I only could find the one program listed on their site -it's a bit tough to navigate so I guess I missed a bunch of selections.