Here are notes from Tissa David's animation class of 6/15/89. They are not old enough to buy alcohol, but voted in the last election.

I believe they cast a ballot for Ron Paul.

A lot of what is contained is outmoded -to an extent anyway.

Certain principals of drawn animation are inalienable. Some nomenclature, some process is technology driven. As the work of an animator has a large technical component, its only natural that some aspects of animation study go out of style.

Other aspects are eternal. 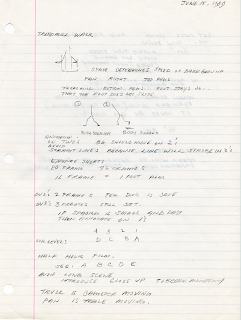 Animation on twos, BG should move on 2's

Avoid straight lines because line will strobe on 2's. 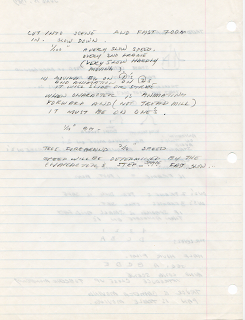 Tree foreground 2/10" speed
speed will be determined by the characters step - space.  Fast. Slow.
Posted by roconnor at 7:57 AM