From Here To There

While I personally have a hard time with the program (it's minor interface peculiarities are major problems for me), we use it at the studio with some regularity.

Not all of the time, or even as a default.  Most studios currently "think with Flash".  They look for the answers to a potential film's questions principally in the program.

Sometimes it's just easier than drawing on paper.

In this project (currently in production), we've done the animation as though it's on paper.

Liesje Kraai created most of the keys, some rough, some cleaned up.  Christina Riley takes it from from there, cleaning up in-betweening and filling keys for shots with only storyboard layouts. 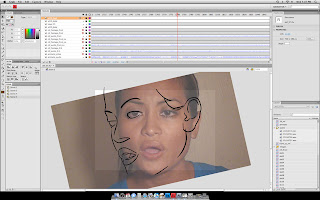 Most important, we're offered a great crutch with Flash.  The whole piece, about two minutes, is lip synched in Khmer.  No one here speaks the language.  Of course it's possible to animate in a strange language, just follow the standard process and work closely with a translation.

Here you import the audio and work directly with it.  In this case, we have great reference footage from which we're "stealing" the lip synch.

The trick is to get something to look good.  That's where the art production comes in.  For this, we wouldn't do it in Flash.

Everything gets exported as PNG sequences and painted in Photoshop. 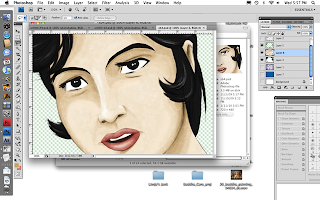 Great. Just lump me in there with Paley.

Have you ever taken a look at the French animation software called TVP Animation that Paul Fierlinger used to make "My Dog Tulip" (all paperless) ? And he's using it again on his current project.

You can do everything within TVP , from rough animation to clean-up and then the painting, so no need to introduce the extra step of exporting the line art to Photoshop to paint it.