Working with Steve Brodner and Gail Levin on our various projects has been pretty harmonious. 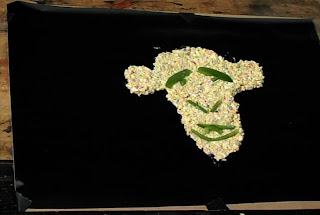 Whenever you get a few people together, you're bound to have certain disagreements.  We've had very few and almost all of them have had simple solutions.

There was one instance during "The Naked Campaign" for The New Yorker/Sundace where we came to an impasse.

Just so there's no doubt -I was right.

This was during the late primary season.  Obama and McCain had already been the assumed nominees -despite Hilary's constant push.

We all knew McCain's long track record.  Obama still had the aura of whatever you projected on to him.  He had yet to assemble a foreign policy platform and was accused, with justification, of being a little out of his depth on international waters.

Here's how Gail and I wanted to end a segment.

You'll need to CLICK THE LINK since I'm still figuring out how to host the embedding without automatically playing back.

Brodner felt as though this was an endorsement of Obama. Oddly, we felt that it was a decent lampoon of him.

Ultimately, we ceded to Steve's point of view -although Gail didn't do it without a fight. In making these pieces, it's important to be aware that the illustrator is not only creating art but is on camera. He has to be comfortable with the statement the film is making otherwise its a hack job.

Here's the whole piece as finished.


Considering the flailing first year of the administration, as the atrocious "health care" "reform" goes into conference, it looks more and more as though we elected a candy man happy to hand out leafy greens to banks and insurance companies.
Posted by roconnor at 7:35 AM

I think the issue wasn't so much being pro-Obama as being benevolently racist. 'Candy Man', besides being the un-coolest song of all time, trust me, I was 12-yrs old when it came out, was performed by Sammy Davis Jr., the Godfather of token black guys.

Brodner was very clear he felt it signified an endorsement of Obama.

The Sammy Davis Jr. comparison was a perfect valid comparison at the time. It's exactly the sort of cultural touchstone illustrators regularly use. There's a lot and it's not all positive.