Starting Up The Publicity Train

Last year PBS put a gigantic promotional effort behind "Make 'Em Laugh".  While our work on that was extensive, it was essentially indistinct.  We did a few nice sequences, but most of it was standard documentary graphics.

This year, "The Buddha" is set for similar treatment.  This film is 1/3 the length (one night, two hours) but our work is, well not central, it does set a unique tone for the film. 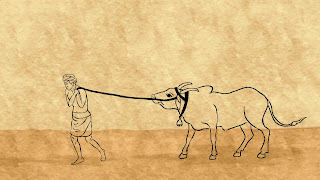 Two weeks ago was the press junket for the Winter/Spring 2010, and PBS has begun to release web promos of the film (which was just mixed and titled last week).

Here's the official PBS website.  It will get more complex in the upcoming weeks, with more clips and artwork added.  Currently it contains an animation-free trailer.  The design of the page incorporates some of our work. 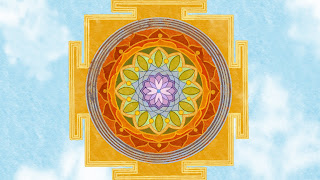 We've been thinking a lot recently about these things -"social media" to use a loathsome  buzz term.  With our work on Infor, we've seen first hand how these things can expand "awareness of a brand".  Of course, Infor has a million dollar ad campaign with an international network of agencies and media buys -but their market is bigger too.

"The Buddha" is a broadcast program, it also a vast target market.

Animation, graphics, design, editorial -the work we do -the market for that is significantly smaller.  Still, maintaining a website, a blog, a twitter stream, etc. is significantly less expensive than running ads in trade magazines.  The trick is to make it as effective.

Even though we're in the business of making pictures, in order to keep doing that, publicizing them is a full time job.
Posted by roconnor at 6:54 AM