Back in the old days post production was a big deal. 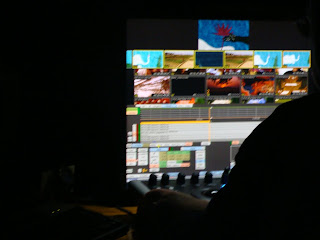 Going from film to tape was an expensive process with color correction sessions averaging $1000/hour (a reputable place could cut you a deal down to $750 at night or go as high $2500 for the latest and greatest).  As cost conscious producer of underfunded projects, these film to tape transfer sessions could be nerve wracking- spending a dollar every 4 seconds.

Those costs have been greatly diminished by contemporary production methods.

Yesterday we supervised the color correction for "The Buddha".  It's the first of these sessions we'd been to since 2002. 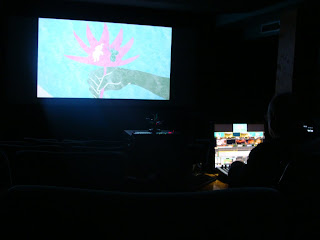 The post production on "The Buddha" is being done at Goldcrest.  John Dowdell is the colorist.  This is a great fortune,  he is a pioneer in the field and a magician with a Quantel.   I clearly remember trying to book him months in advance at the Tapehouse back in the 90s and rarely managing to get anything more than a "second hold."

When booking a post session you "hold" time on the schedule.   The trick is to hold this as long as possible without actually committing to "buy" the time.  Once you do that, your stuck with it -and the costs that go with it whether or not you're ready.  If you want the time but someone else already has it on hold, then you can a) offer to "buy" the time; or b) put a "second hold" in case the first hold doesn't buy it.   If you offer to buy the time, the post house then goes to the first hold and gives them dibs.  If they don't take it, the time -and the bill -is yours.

As I've said, it's been a while since we've had to book any post sessions so the etiquette may have changed.

Color is a very serious matter.  In the old NTSC days, you had a lot of technical issues regarding color due to the limits of the signal.  The was often compounded by the limited palates of Cel Vinyl.  Further complicated by the filming.

Beyond that, the eye reacts to color.  It retains them.  Other colors alter our perception, whether is succession or juxtaposition.

John Dowdell not only operates the machine, he designed the room -right down to the neutral gray surfaces he uses to clear his retinas of color information.

Right down to "non-illuminative" lights which are the same color temperature as screen. 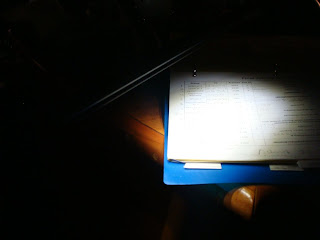