This is the second to last shot in the sequence from Ralph Bakshi's "Hey Good Lookin'" that we've been examining.

Two.  One of which -the old man's exit -is amongst the most difficult things to execute in animation.

At first glance, the humping couple in the foreground dominate the scene.  They're there for composition's sake -I understand that -but the wind up obscuring some pretty cool animation on the couple behind them.

Here's their walk (half walk, it's only one step).  On twos. 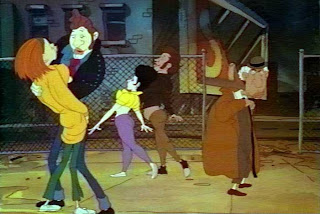 1.
We're looking at the couple in the middle. 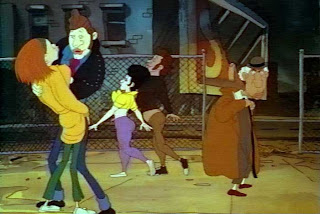 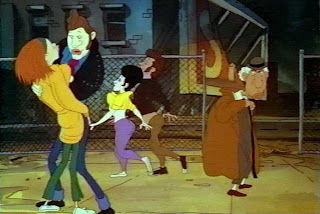 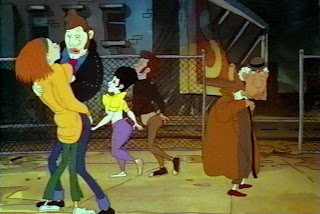 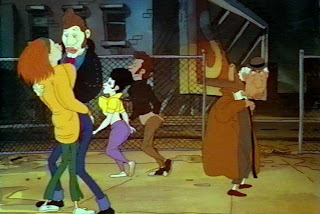 5.
"Same" meaning, each character is positioned and timed identically. 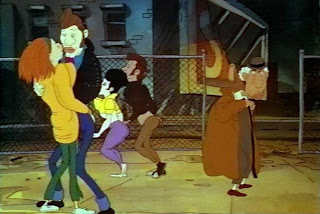 6.
In theory, an animator can do one character and then give it to the assistant to animate the other based entirely on what the first is doing.
That kind of mimicry is a good technique for learning.  Much better than copying generic walks from "The Animator's Survival Kit." 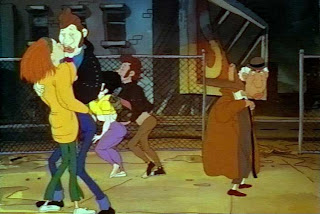 7.
Of course the woman's breasts are giving great buoyancy. 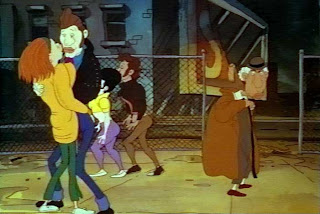 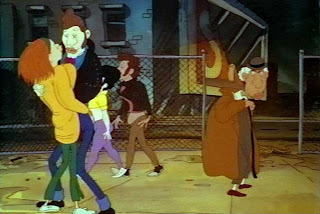 9.
Watch the hands.  They're not just lol-lolling like a metronome.  They're sharp, they're adding character to the movement. 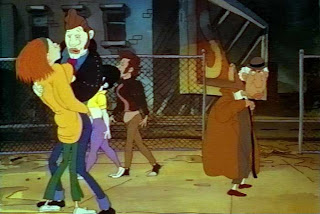 10.
This might be a tradition walk's "passing point" -the highest point in the walk. 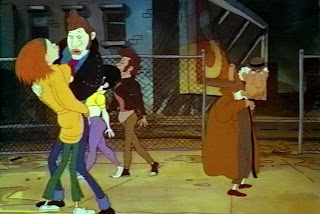 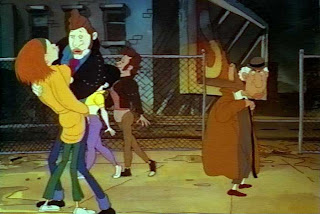 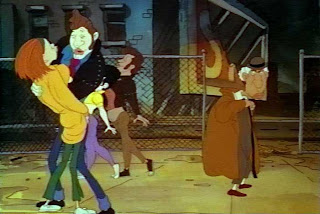 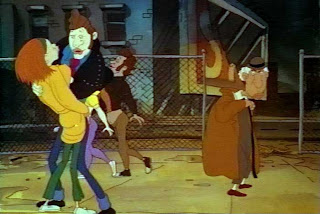 14.
The four drawings from 10 through 13 mark 1/3 of second on screen.  #14 here is an ease out of that position. That's 5 drawings for a point in the walk which textbooks assign a single drawing to.
This is precisely what gives life and character to this animation. 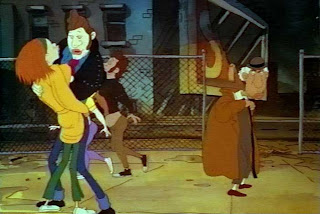 15.
We lose the woman behind the foreground characters.  I'm sure the animator did something amazing with her breasts -lost for eternity. 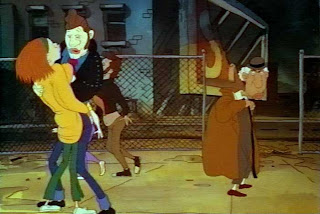 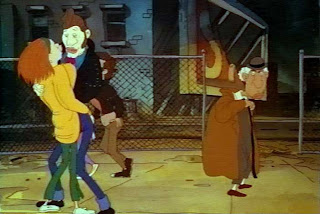 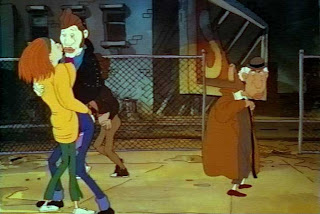 18.
By this point our walkers are completely obscured by the foreground fornicators.

We'll look at the old guy tomorrow.
Posted by roconnor at 5:18 AM