Next week I'll be at the Ottawa Animation Festival.

Daily updates will be forthcoming.  Heck, I may even twitter it: www.twitter.com/asteriskpix   e.g. "@OIAF y so many cartoon at ur fest? #animation"

While walking to an edit room yesterday, planning for the Festival and my Saturday Morning Workshop on Sample Reels (9:00 at the Arts Courts.  Come.  Bring your reel.  I'll be there with 3 big time recruiters and a big time animation genius), I starting thinking about the different kinds of viewing my various jobs require. 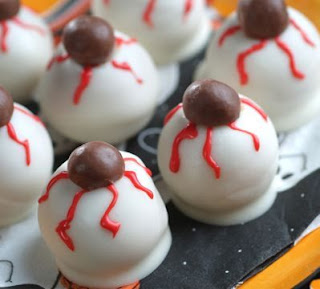 1) Producers/Directors: Here you're screening work with the intention of making it "better".

This involves several things.  The technical -making sure there aren't glitches, pops, dirt, poor animation.  The creative -are the concepts presented in the strongest and most compelling manner.  The personal -motivating the artist to continue to produce their best work.

That last point usually involves encouragement.  All points- and pretty much every job -demand an honesty.

2) Teachers: A teacher has many of the criteria as a producer, a few differences.  A teacher's concern should be more on the technical and focus strongly on that.  As for creative worries, a teacher is only there to suggest and open possibilities not to dictate how the film should unfold.  A teacher has to allow students to make mistakes then provide avenues for them to correct them.  A producer's job is to prevent mistakes and to fix them as quickly as possible.

A teacher should also be more blunt than a producer.  The producer/director is a collaborator, not a career adviser.  If a student's work is terrible, the teacher must let that student know and (again) give them the means to improve it.  If the student is unable to improve, that's when it is the teacher's responsibility to let them know of other career options.

A teacher also looks for the little things in a film -small positives which can used as a building block.

3) Recruiters: Like teachers, when recruiting artists the little positives are important.  Finding that individual's strength is paramount.

Screening applicants' work is about strengths and weaknesses.   Which is greater?  Does the artists strengths suit the needs of the studio/project?

Great animation can be more important in recruiting than a great film.  Good draughting can outweigh poor animation.  Or not.  Depending on the needs.

You're looking at the parts, finding the positives and negatives.

4) Critics:  In some ways the Critic is the the opposite of the Recruiter. You're looking at the film as a whole, trying to figure out what it's "point" is and analyzing how successful it is in making that point.

You're calling on other films, other pieces of literature, art, historical events, scientific facts -a universal range knowledge to come to an opinion and express it.

All of these positions include the #1 most important way of watching: as an AUDIENCE.  Do I like it?  That's the hardest part about a festival, taking off all of those hats for 4 days and just letting the films do the thinking.
Posted by roconnor at 6:26 AM