There are 47 drawings in the old man's animation from the "Hey Good Lookin'" scene posted yesterday. 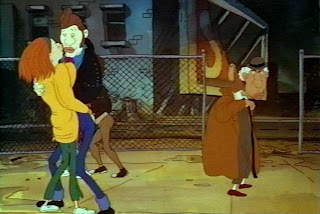 1.
This drawing holds while the walkers make their exit.

In terms of direction, he's looking at the space cleared by Vinnie and Crazy.

Crazy exited towards camera when he was face to face the Old Man.

Those two have cleared the area where he exited to, so there's no reason for the Old Man to be looking there. 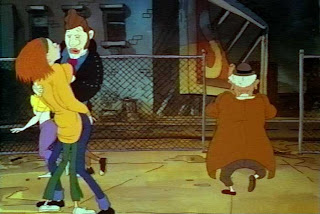 9.
His turn takes 8 drawings.  It's solid.  Being a poor animator, I sometimes think you can do anything in 8 drawings  -when I see that notion justified, it makes me feel better about my weak timing skills. 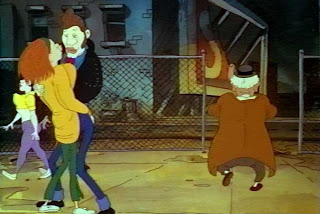 14.
He's exiting directly opposite camera.  This is something I've always found tricky.
It helps that the perspective is so clearly defined by the background. 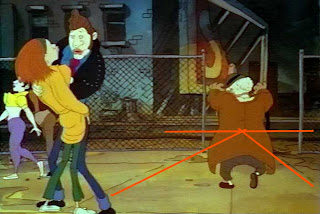 18.
Here's the vanishing point established in the foreground.  The deeper part of the background beyond the fence alters perspective in some ways.  It's like a backdrop or a painted flat.  Action isn't meant to happen there.

If the Old Man were to pass the fence, he could only turn directly East or West without giving away the perspective and ruining the scale the animation has established. 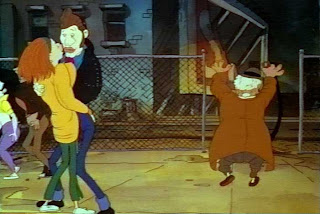 22.
This is one reason why his walk involves him hopping up and down. 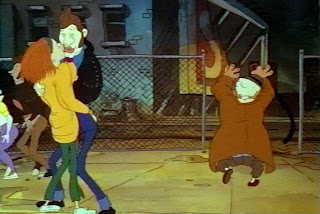 23.
Which causes his pants to fall (remember he's removed his belt already). 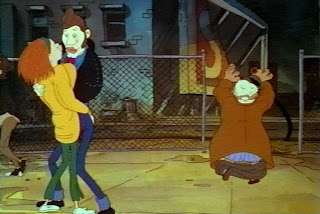 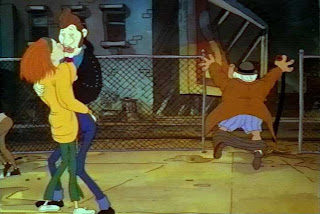 35.
And sending him headlong into the ground. 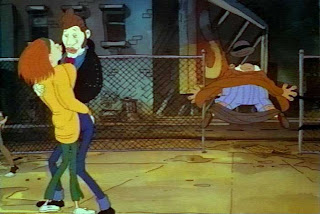 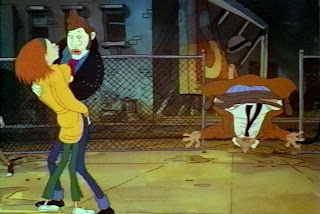 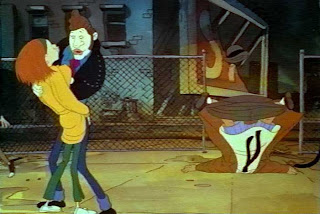 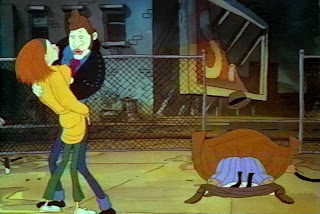 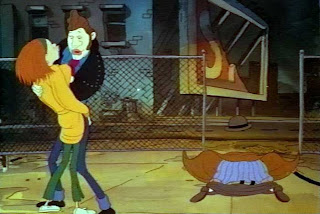 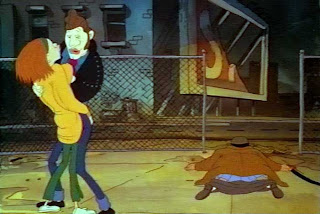