They Call Me Energy

One of our favorite projects to date remains WNET/Thirteen's "Curious".

Gail Levin introduced us to Mark Mannucci while we were working together on the pilot for Little Pim.  A few months later his producer, Tara Thomas, sent us an email to see if we were interested in working on their science show.

The first assignment was to design an "artificial leaf", or the graphic explanation of it anyway.

The trick with science pieces is to be both accurately informative and at the same time clear enough that a layperson can understand.  I'll mention that beautiful design is paramount, but feel as though that should go without saying.

Here is one of our initial design studies with a variation. 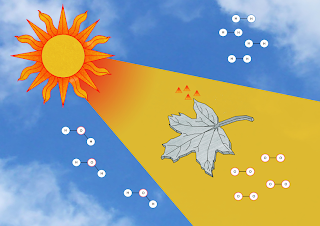 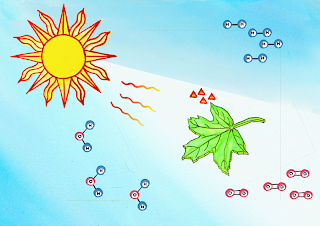 See the final segment here.  It ultimately turned out very differently, but the tactile look of the graphics remains intact.
Posted by roconnor at 5:41 AM