I'll assume Verizon has once again screwed up on phone service, preventing the avalanche of new work from advertising bigwigs and movie moguls.

It's currently playing in two Manhattan theaters, Long Island, White Plains, and North Jersey so I assume most Americans will have a nearby theater screening it.

As I've written previously, our little bit of animation was very difficult to produce.

The characters were more like portraits than caricatures, making the reproduction exceedingly difficult.  On top of that Leah Tinari's painting style is specific in its shape and shading, but our production required too many shortcuts to match each of these specificities.

We did animate a shadow pass.  Here's an example on the Winona Ryder character. 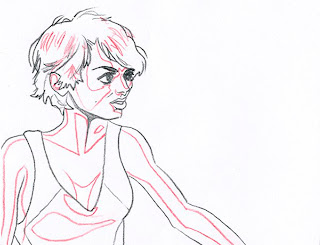 Doug Compton did the animation.  Several young artists worked on the assisting.

We also asked Leah to create the backgrounds herself.  Placing the animated approximations of her characters into an environment fashioned by her own hand gives them some authenticity (we hope). 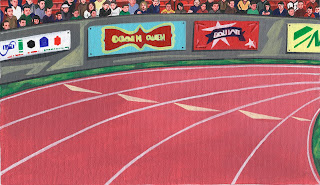