Christmas. That means one thing: "Animagic".

Sometimes I think about how cool it would be to trademark a word like Vinton's "Claymation" or Rankin/Bass' "Animagic". What has the appropriate ring? "Rocimation"? "Anirisk"? "Murraytoons"?

Rankin/Bass' films -evidenced by their ubiquitous Yuletime parody in advertising -are indelible trademarks of the season.

They also represent most American's youngest exposure to some great artists, most notably Paul Coker, Jr. and Jack Davis (both of "Mad Magazine" fame). 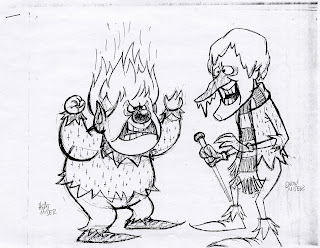 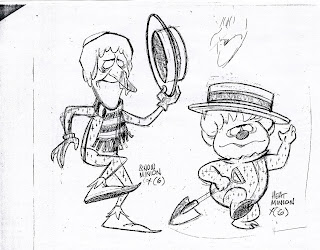 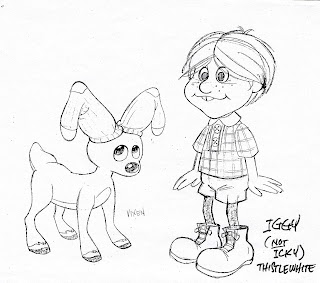 Paul Coker Jr. designed the characters for "Year Without A Santa Claus". These drawings would be built into puppets to be animated in stop motion.

We're finishing up our Mad Magazine project for Sundance. It's primarily an editing project, making footage of two year old interviews work. I hope they expand the series from Aragones and Jaffee to include Coker and Davis. I'd love to speak with them about their processes for developing these iconic characters.
Posted by roconnor at 6:21 AM