The Road To Enlightenment

For the past few months we’ve been working with David Grubin on his upcoming film “The Buddha”.

The genesis came after the Emmy Award ceremony when we went out with this WNET folks (we were nominated for our work on the science mini-series “Curious”). I excused myself early, having flown in from the Ottawa Animation Festival that afternoon. During the evening, Brian asked David (who had won that night) if he ever used animation.

Turns out, he was thinking of having a significant portion of his upcoming film animated.

There’s a little Glengarry Glenn Ross in there, always in sales mode. That what it takes to survive in animation. In all film production, actually.

We thought the idea was great. I went to my Junior Prom with a Buddhist, I went to hers with a broken leg and elbow. If that’s not a deep, personal connection to the subject matter… 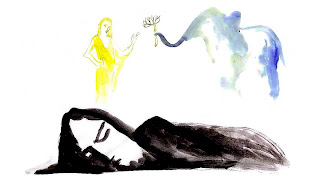 Over the course of a few weeks we did some design experimentation. We looked to Matisse and Picasso’s later drawings (in particular his illustrations for Aime Cesaire’s “Lost Body”) as inspiration. 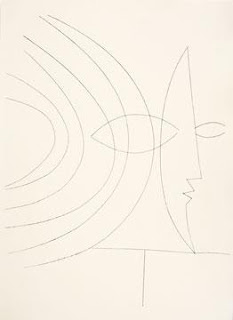 From "Corps Perdu" by Aime Cesaire, illustrations by Picasso 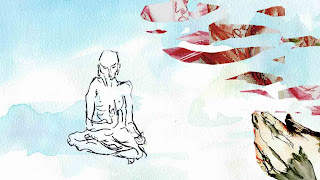 The final designs have evolved from here. In the upcoming weeks, we plan on making a few posts to give some insight into the production process. We’re still in throes of this film, so far we’re pretty happy with it. 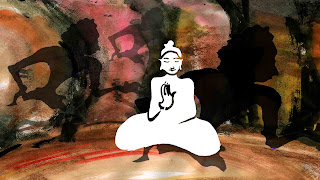 Very thoughtfull post on enlightenment. It should be very much helpfull