The discount DVD store on 6th Avenue had a bunch films and TV shows we've worked on -some from the olden days at The Ink Tank, some from within the past five years that Brian and I have produced under our own banner. 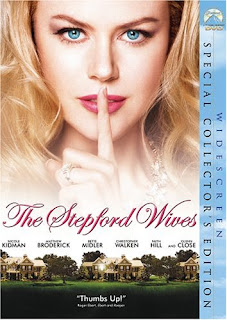 The discount stores in Portland must have this one too. I got an email from Dame Darcy saying she heard us get mentioned on the commentary track while watching with her mom. 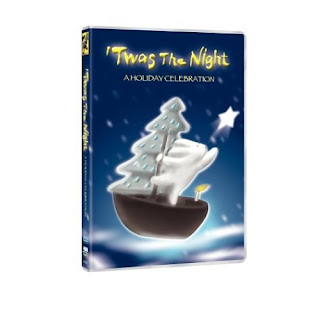 We only worked on segment of this, the last of these shows we worked on for HBO while at The Ink Tank. The first was "How Do You Spell God?", "Kids Are Punny", then "Goodnight Moon". After that they contracted Maciek Albrecht directly for his segments and we continued to produce "Winter Wonderland" with Santiago Cohen for this.

I even did some animation on it. Like all of Santiago's work -it's very good looking. 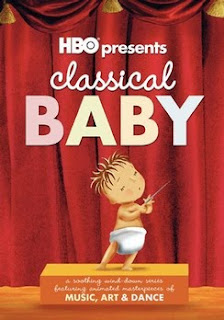 Maciek Albrecht produced all of the animation for this. He asked us to help out on a segment. He had already designed and boarded it, all we had to do was execute. 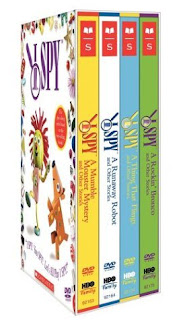 This was a very difficult stop motion series we worked on at The Ink Tank. It was conceptually flawed and budgetarily constrictive. The project unraveled for The Ink Tank after the client attempted to address the flawed concept after 13 episodes were boarded and several were into animation and we told them the costs these extraordinary changes would incur.

The animation team led by Cote Zellers at Luna Vox did a great job, especially under the circumstances.

It's funny seeing these things on the shelves (even funnier when the guy with the table on Seventh Avenue has them).
Posted by roconnor at 5:16 AM