That may have been the only hint that I was destined for a life in animation in New York.

I was looking at an older essay of John Canemaker which mentioned that J. R. Bray's studio -the first professional animation on the planet Earth -was on 26th Street. 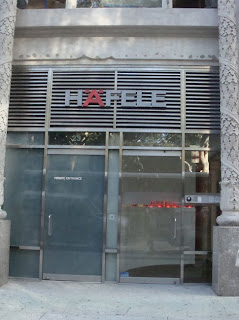 Hey, our studio is on 26th Street! How cool would it be if we were at the same address?

Turns out they were a few blocks down on 23 E. 26th Street across from Madison Square Park. By 1914, when he took the offices, the area was no longer the outskirts of town. Less than ten years earlier, the first "Crime of the Century" took place a few doors down when Stanford White was shot dead in the rooftop restaurant of the (second) Madison Square Garden. 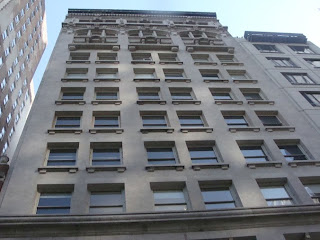 Gunplay aside, Mr. Bray had a superior location. I imagine the young Fleischers, Paul Terry, and dozens of other future luminaries would have appreciated the proximity to a restful lunchtime hangout as much as animators today. They may have even stood in line for an hour at a WWI version of Shake Shack.

While our work is a very distant relative to "Colonel Heeza Liar" and other Bray staples -I suspect he would have produced products closer to "Wonder Pets" or "Little Einsteins" if he were producing today -I do appreciate the geographic proximity to the ghosts of this haunted artform.
Posted by roconnor at 12:11 AM

I love the whole period in film history.
The center of town back then was Herald Square (built around the NY Herald.) Up and coming but still low rent was Times Square (built around the NY Times.)
Madison Square had been the center on NY government, but that had moved downtown by then. This area had a lot of smaller film companies that were already moving out. (Biograph followed Edison and moved uptown to 125th Street. DW Griffith would walk every dayfrom his home on 14th St. - through Central Park - to Biograph on 125th.
It was an interesting time, but I'm glad I'm here today.