Made it to Krazy! at the Japan Society yesterday. 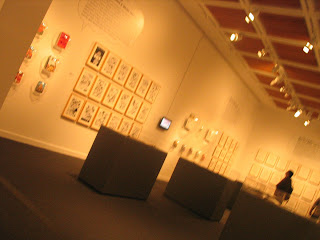 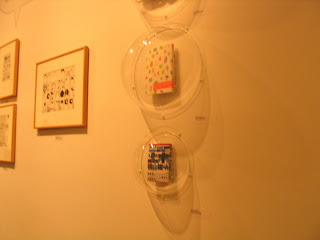 The manga section is organized by artist.  Strange.  To me, manga (and anime) are not artist centric media -they are genre specific.  The forms find greater meaning not through the power of individual creators but through their place within a library of similar stories.

"Creator" centered exhibition is a peculiarly Western interpretation, a cultural prejudice that doesn't do much to illuminate the form. 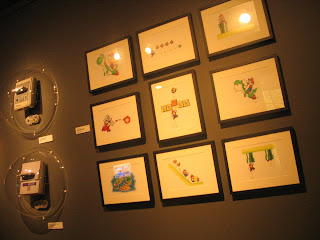 the displays were very good

The video game section was small.  Four consoles, some art on the wall and a Pacman/Galaga table. 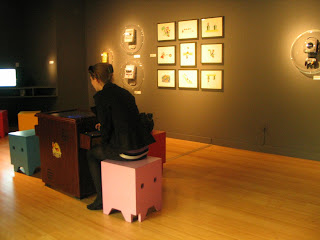 The video section is also well laid out.  Several films from "Akira" to "Paprika" and "Mind Games" projected side by side at wall sized slices with booths for full viewing with audio facing.

A music room is an afterthought, and doesn't add much to the overall show.

The book which accompanies the show is even more peculiar.  More on that in the future.