I'm not sure where this came from. I think R. O. Blechman may have given it to me several years ago. If not, I picked it up someplace exotic. The National Film Board published it in 1980. There doesn't appear to be any reason for the publication.

The book was put together by McLaren's longtime companion Guy Glover. 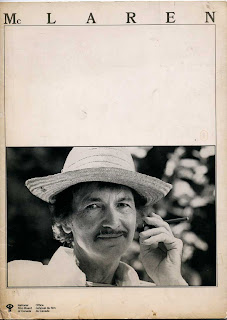 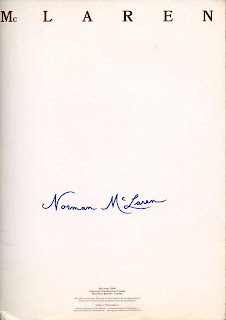 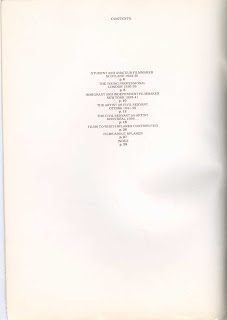 Is there an animation artist today who could command a monograph like this? The kind of picture bio you might find at gift shop or an airport book store?

His position at the NFB has always made him a distant figure for me. I can embrace John Hubley or Stan Brakhage or Robert Breer because they scraped by on their own resources. They managed to experiment and create without the safety net of staff jobs and big studio capital.

That's not to diminish McLaren's achievements, by any means. I suppose -in the skewed world of animation -I see him as an establishment figure. He's like The New York Yankees; with a payroll like that you better make the playoffs. 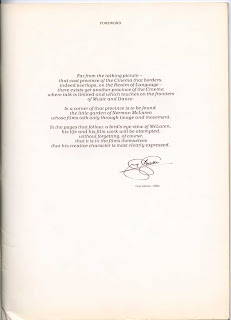 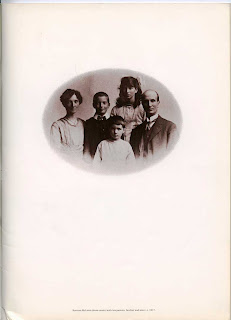 young Norman in the middle

Given (in animation terms) seemingly unlimited resources, McLaren was able to not only follow his own muse -creating several classic experimental works, but foster the work of countless others at the NFB. 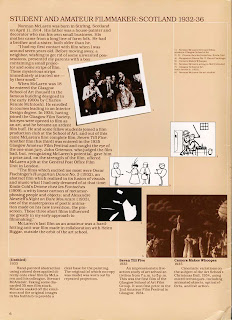 the kilt and haggis years 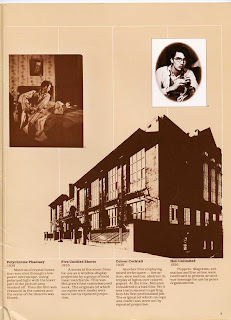 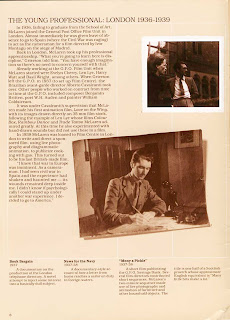 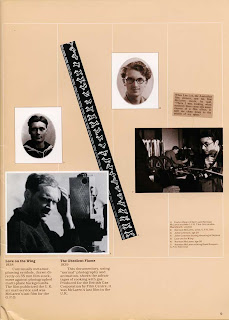 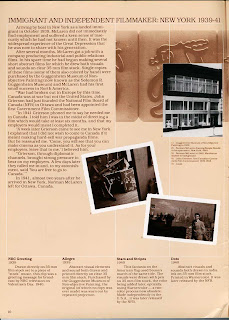 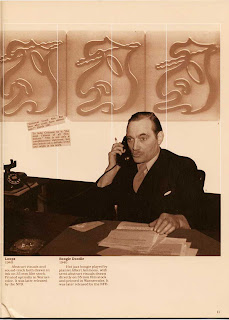 The rest of this book will be posted periodically over the next week or so.
Posted by roconnor at 12:20 AM

This book was distributed on the occasion of Norman Mclaren's appearance in NYC at the Lincoln Center Library where his last film was shown. I have this book too, as I was there. I think it was 1985. The film was "Narcissus", 22 min, released in 1983. Mclaren was quite frail and died soon after. He appeared wearing the hat as on the book cover.

from wikipedia:
"Narcissus is a 1983 Canadian short musical and experimental film directed by Norman McLaren and produced by David Verrall, visualizing the legend of Narcissus in a modern way. It was McLaren's last film for the National Film Board of Canada."