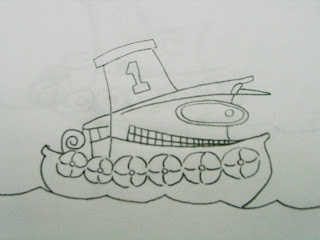 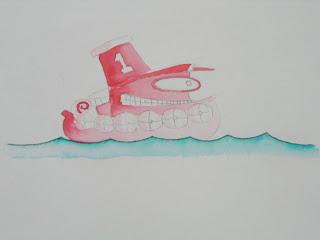 The only direction we got was "Linnell  sees tug boats".  That was the most specific we've gotten on any of the projects we've done with They Might Be Giants.

Usually, they'd send a track, we'd get on the phone and throw around some ideas and then come back with a refined written pitch.

Above is the tug boat we wanted.  Also unusual for TBMG, they gave a "note" on design -I suspect they had gotten some grief from the "D people" on some their decisions on the ABCs project and wanted to stem them off on this one.  I hope they didn't find out that you cann't stem asinine comments from the legal department. 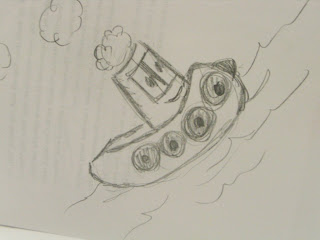 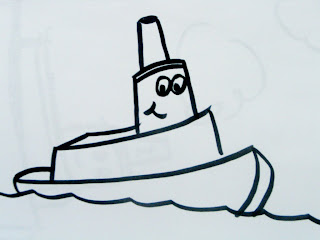 We came up with a few other approaches.

Brian drew and painted all of these. 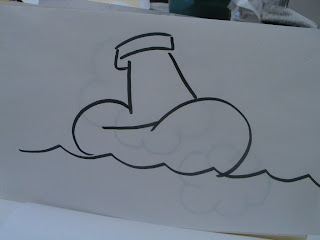 This one was similar to the "modern" tug boat. 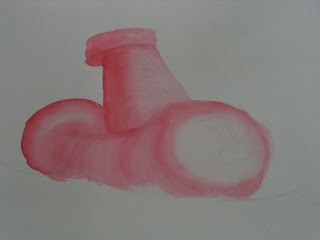 And we'd paint the fill on another level -much like one might do in certain cel animation productions. 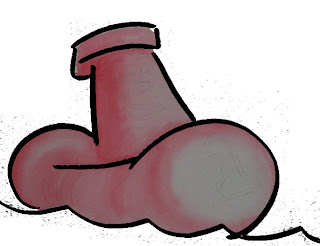 Then combine in Photoshop.  This is a super rough version I did for this post.  We'd probably colorize the line.

1) your line should ALWAYS be on a separate layer.

This can be automated to batch a million drawings.

If you have multiple colors, you'll have to go in with a paintbrush and change the color manually.  That's usually a quick process.  For a design like this, I'd estimate it would add one minute per drawing of production time with an additional 15 seconds for a 2nd color and 30 seconds for each color after that. 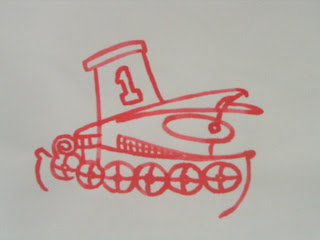 We really liked our initial design, and tried to salvage it by a water color line.

I don't even think we showed this.

Ultimately this is what we came up with: 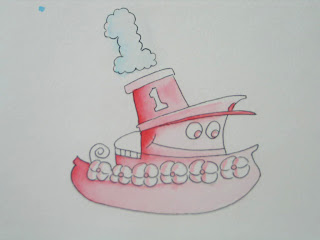 I wasn't all that happy with the way the picture turned out, and Flansburgh didn't call us for their new DVD so I guess they weren't thrilled either.  The other piece for this DVD was animated by Abbey Luck, it's called "Double Dutch" and isn't terrible.  Abbey did a great job on that.

ABCs.
I had a truly idiotic experience with a well known publisher of children's books recently.

An editor and I there were tossing around an ABC book idea that was fun.

We worked for a month on the dummy and when he presented it he was told that the company had a policy of NO ABC books.
An actual policy.