Kate Hambrecht gave us this pencil sharpener a few years ago. 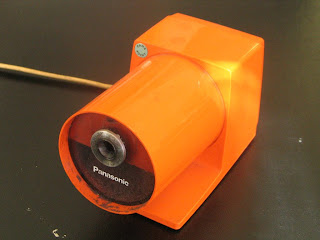 Kate got this when she worked at Cosmopolitan in the 20th Century. It was actually Helen Gurley Brown's personal pencil sharpener.  So there's more than even odds that fashion models have used it.

All important to note: every other pencil sharpener we have had has broken down -some within weeks -while this one still grinds the graphite.

Speaking of famous animators, here's an interview with Richard Williams from "Animation Today". I think it's an Indian magazine.

It's fairly cursory, but ends with Williams saying how he "thinks of animation as drawn music".

I take him one step further and suggest that all film is merely an extension of music. 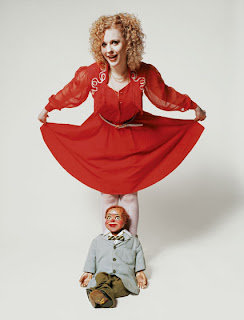 Here's an offensive video we made during the Presidential primaries.

One of the animators on The Plague Dogs, which I wrote about yesterday was Brad Bird.

The Iron Giant is amongst the most moving children's films of the few decades.

It was based on a story Ted Hughes wrote for his children after the suicide of their mother, Sylvia Plath. 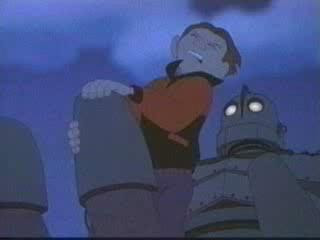 Their son, Dr. Nicholas Hughes, died by his own hand last week.

Many of our friends and loved ones fight the same demons Dr. Hughes battled, the same curses that haunted his mother.

While he ultimately succumbed to his dark impulses, we are blessed- in the animation world especially, with the results of his life. However tangential they may seem, the events of our lives conspire to effect distant strangers in profound ways we will never know.
Posted by roconnor at 4:40 AM

I had no idea Iron Giant was based off a story by Hughes. The whole Plath story has always reminded me of my grandfather and the way his death has certainly effected my family. Thanks for the nice words about it...

"
One of the assistants on The Plague Dogs, which I wrote about yesterday was Brad Bird."

Actually Brad does have a full Animator credit on the film, not Assistant Animator.

Another obscure animated feature around that time was Steve Lisberger's "Animalympics" . Brad Bird was one of the Animators on that film, too , with people like Dan Haskett, Bill Kroyer, and Roger Allers.

Also, instead of battling the US Army, the robot fights a giant bat from outer space.

Thanks for the correction, Dave! A change has been noted in the original post.