We've been doing a lot of documentary and non-fiction work.

Over the past year or so we've worked on about ten, some of which were series.

There are a few great things about these types of projects. They tend to allow a diversity of style and technique -even within one production. On Nursery University, for instance, we created cartoon animation, 3D graphics, photomontages, typography, photo montages and crayon drawn animation.

Documentaries also give the opportunity to immerse yourself in the subject matter. We're now experts in Marfan Syndrome, fuel cell technology, Paul Lynde, and blueberries. 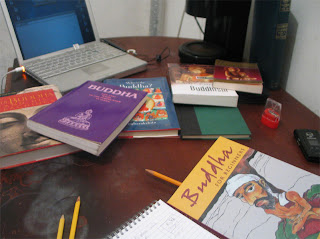 There's an important distinction between documentary and non-fiction film.

Waltz with Bashir, for instance, is as much a "documentary" as Au Revoir Les Enfants, or Fanny and Alexander, or Cinema Paradiso, or even Hoosiers.

The word "documentary" is used as a catch phrase: "oooh animated documentary!  That's hawt!" without care for the ontology of either phrase.

Animation is a process.  Specifically, the process of moving pictures one frame at a time.

Documentary is a genre.  It is a method of storytelling which presents historical or scientific matter in a factual manner.

Yes, yeah, yes -documentaries can have bias.  That goes without saying.  The bias, though, is intrinsic in personal perception of any object.  "One man's garbage is another's treasure."

agree... good post.
within the genre of the doc, i love when directors use animation as a visual aid, ie "victory through air power" or my own animation in "30 Days" for Morgan Spurlock. it's something I always notice, and I think it makes certain live action docs stand out.