Took a trip to Dyker Heights, Brooklyn for their world famous Christmas displays. 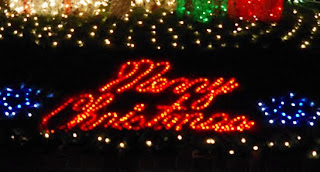 World famous, I say, based on the large number of Asian tourists who also made the trek. 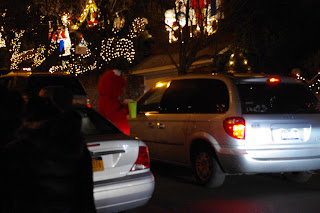 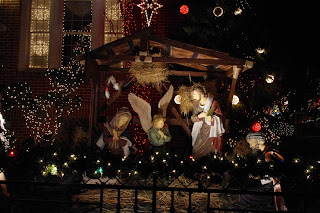 It's mostly lights, but some traditional manger scenes too. 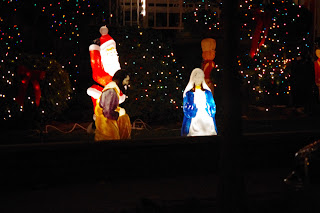 Some lit up mangers. 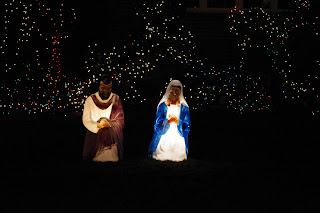 Some lit up, Santa free mangers. 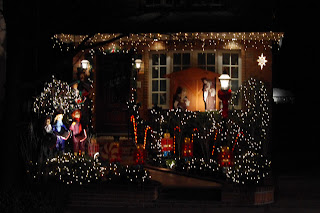 Some in the center of lots of lights. 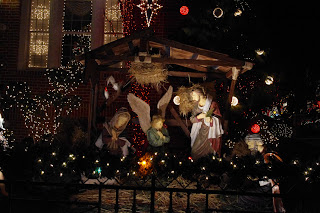 Some simply waiting for their centerpiece. 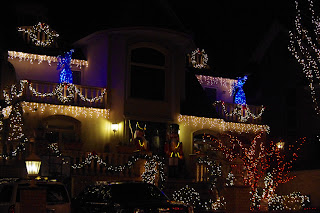 But it's mostly lights. 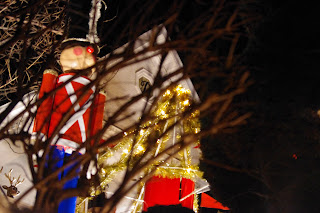 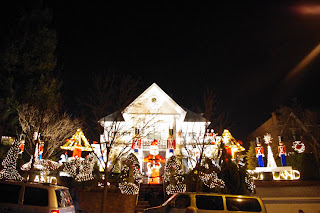 Or a combination of both. 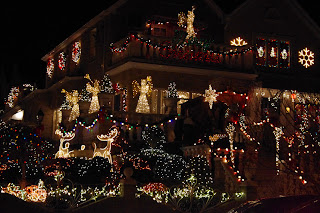 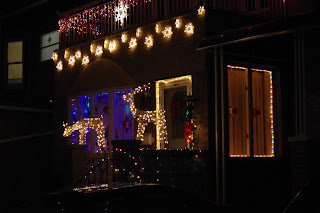 Deer were a common theme. 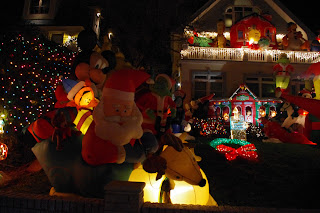 A few houses did it up with inflatables. 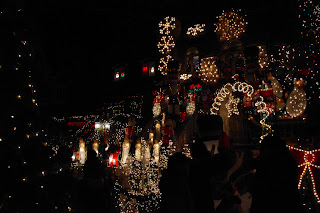 A few just did it up. 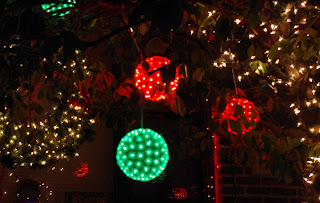 Sometimes it was the details in the design. 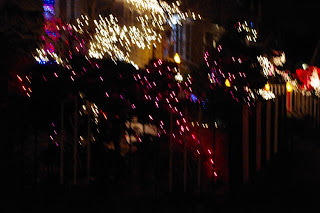 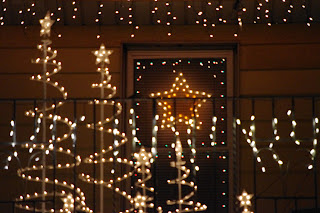 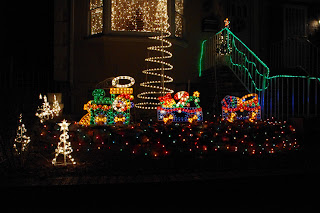 And don't overdo it. 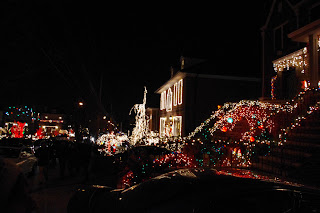 But the best are simply clever. 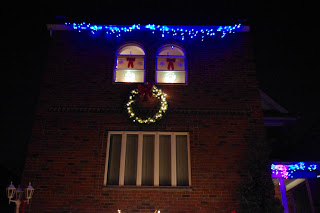 In Tasmania they have a thing called "Lights On The Coast" (in Tasmania there's north, south the east coast and "the coast").
Everyone decks out their homes in similar style as you've posted here.
One year a girlfriends mother insisted that we drive up to see them.
It was a hideous experience until we came across a fellow who had no lights strung up around his house.
He was sitting in a fold out chair in the middle of his lawn.
He was very fat and was wearing shorts and a singlet.
By his side was a cooler (we call it an esky) full of beer.
Around his vast form was wrapped a single string of lights.
He dranks his beers and smiled at all the passers by.

I feel like I've just toured the suburbs from my living room. Nicely done.

And, sidenote, another EXCELLENT holiday card this year.