Not content with Big Apple ubiquity, William Kentridge reaches for the World (Cup) with this poster.

South Africa commissioned local artists to create works for the tournament. Not surprisingly, his poster stands out. 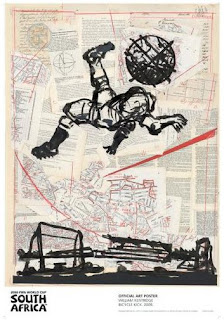 Also standing out, ESPN's series of subway posters for the World Cup. 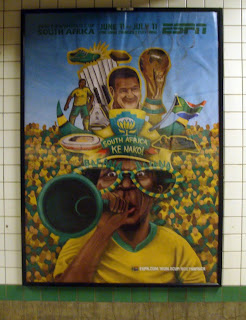 The lush illustrations make a startling break from the usual poor photocollages that make up transit advertising. 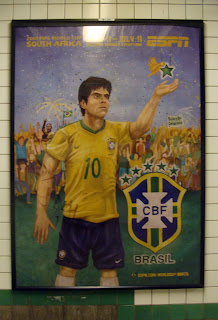 Without gushing, I'll just say I really like this campaign. 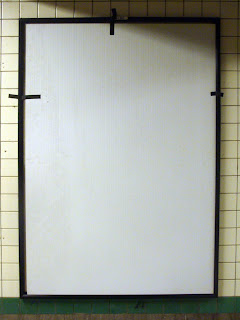 Another commuter liked it even more -one poster was missing.  Product of a discerning kleptomaniac, no doubt. 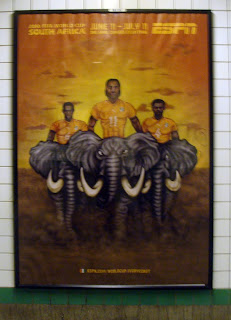 The closest relative in advertising art I can think of is Paul Davis' work for Joe Papp's Public Theater.
Posted by roconnor at 7:13 AM

I like that it appears that they're wearing elephant legs rather than riding elephants.