Here goes some more of the "Dig!" book. The first part is here. 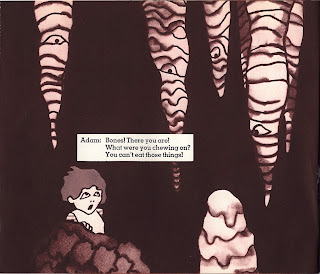 The inventive layout, "repurposed" as we say, from the film makes you wish that John Hubley had created just one story exclusively for the book form. 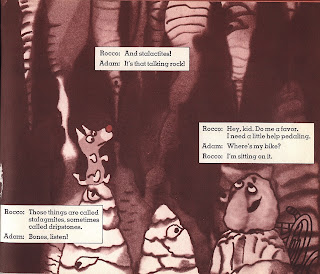 Could he have had the same impact on illustrated storytelling that he had on the animated film? 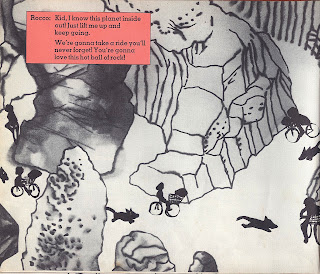 Maurice Sendak's "Where The Wild Things Are" is generally considered the watershed children's book of the 20th Century. 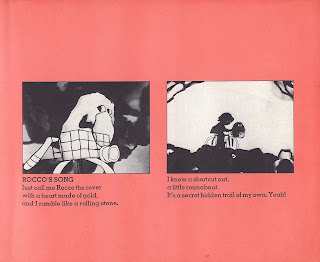 I refer to "him" as though John Hubley is solely responsible for the films. Discounting the great animators, but moreso unfairly discounting the contributions of Faith. 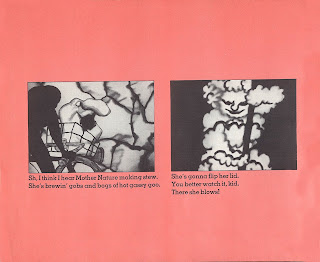 This is because I don't like Faith's films. Criticism, by extension understanding, starts with "liking". "Like or dislike" can take you somewhere -lead you somewhere unexpected. 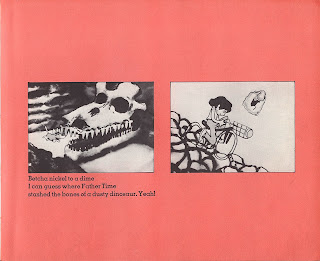 There are several reasons why I don't like Faith's films. A big reason- they're too "everybody gets a ribbon because everybody is great". They're soft. I don't like soft film. 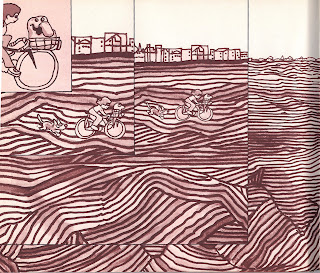 That softness is what makes the films from John & Faith exceptional. 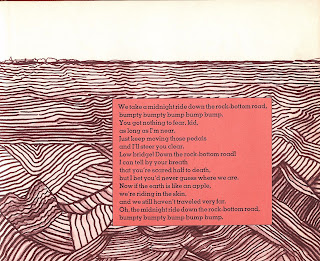 As good as John Hubley's UPA work is, it is primarily design. It's edgy. 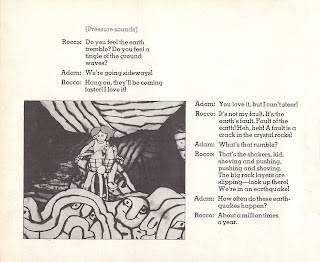 I can only guess that it's Faith influence which adds the heart to John's well structured body of work. In turn, his edge -his design acumen, his musical ear, his cinematic flair -give us the exterior trappings of great work. 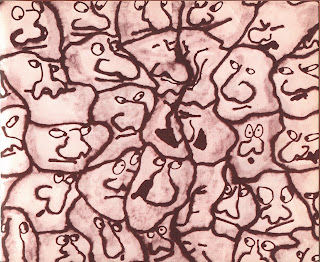