Treasure! Dig!, The Book - part one

Yesterday's post by Michael Sporn reminded me of a book I found a few years ago.

In 1973 Harcourt Brace Jovanovich published "Dig! A Journey under the Earth's Crust" written and illustrated by John and Faith Hubley as a companion to the film. 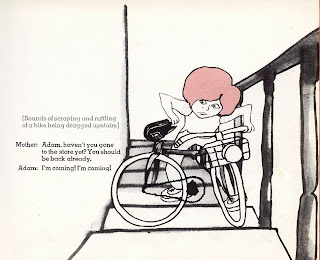 It looks like some art was specially created for the book. 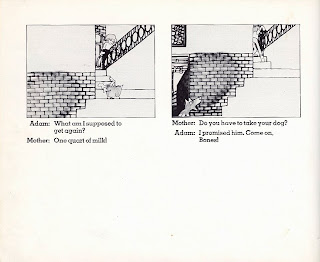 But most are frames from the film. 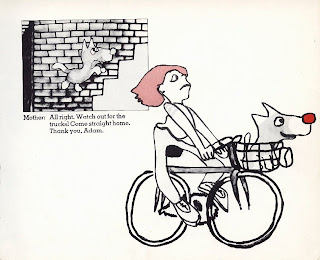 Still the layout is interesting.

And the new art utilizes the book form's strengths. 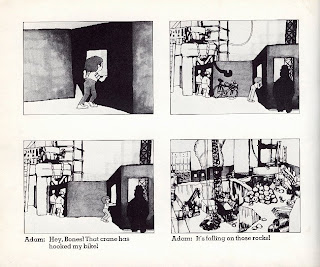 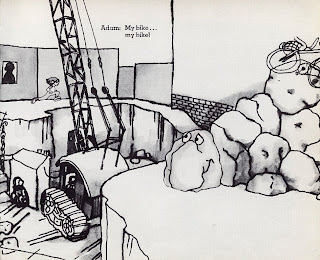 A full page typically follows a page with several panels. 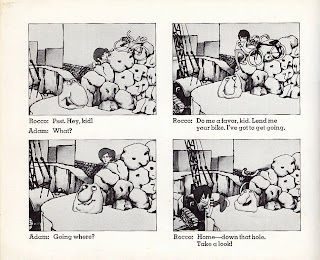 Although this changes up as the book progresses, creating a cinematic pace for the reader. 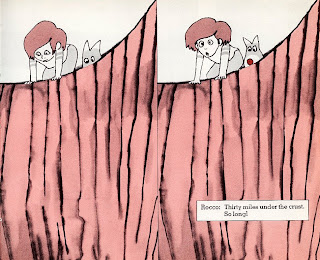 The limited tones also resonate with Hubley's economics -both financial and graphic. 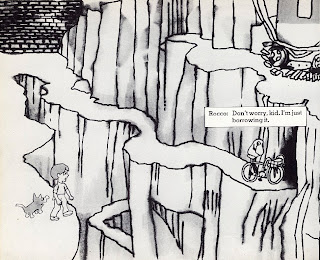 There are narrative jumps in a book that you won't find in his films. 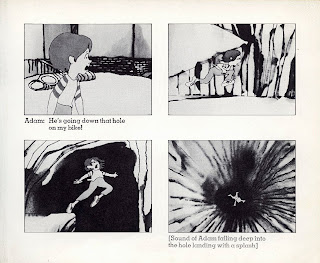 The book has a familiarity to it. I wonder if this was in the library at St. Dominic's Elementary school. Probably not, but the style is quintessential "mysterious grade school" to me. It feels like those forgotten books that were magically mine in the corner of our tiny library.

This title may not have been that for me, but it must have been for someone. A pre-teen bookworm completely unaware of the artists' place in the Pantheon of American Film.
Posted by roconnor at 12:31 AM