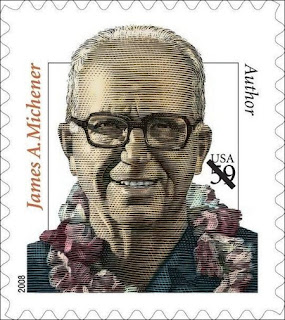 Came across this quote in an old notebook.

"One of the most disastrous cultural influences ever to hit America was Walt Disney's Mickey Mouse, that idiot optimist who each week marched forth in Technicolor against a battalion of cats, invariably humiliating them with one clever trick after another.
I suppose the damage done to the American psyche by this foolish mouse will not be specified for another 50 years, but even now I place much of the blame for Vietnam on the bland attitudes sponsored by our cartoons."
James Michener

Hmm.... funny, I have never seen a cartoon where Mickey Mouse marches forth against a batallion of cats in Technicolor. The was one black and white cartoon from 1929 called "The Barnyard Battle" in which Mickey and an army of mice fight an army of cats but surely this cartoon was not responsible for Viet Nam.

Johnson should have drop copies of Michener's onto the Viet Cong.

Those that survived the massive impact would have been lulled into submission while reading them.