More R. O. Blechman rareness.
"The Emperor's New Armor" was made for Aspen 1969 Design Conference. Animation was by Al Kouzel. 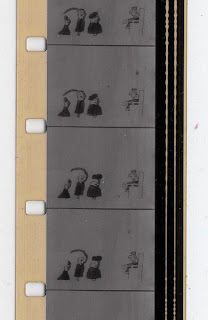 I got the film on eBay several years ago. It's a Kodachrome stock and a little pink. At one time is was property of Pyramid Films, the legendary distributor.
This one is rare. Later, we'll post an even rarer Blechman short "The Emperor Visits". 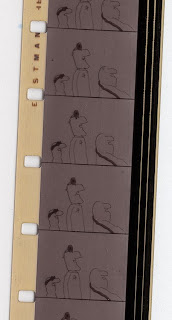 The story is an anti-military parable. Some shysters convince the emperor he needs armor.
They sell him a spikey plate mail which destroys everything in its vicinity. 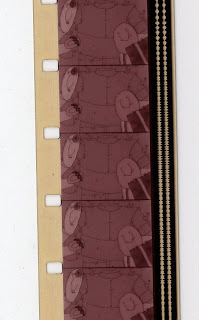 Naturally, the only remedy is to buy armor for everything else. The dining room furniture, the wife, the cat, the mice. 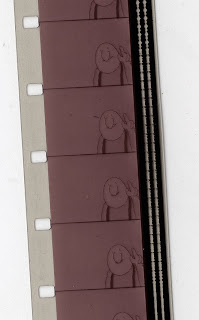 These are a couple shots off of the wall. Still working out the kinks on the projector. 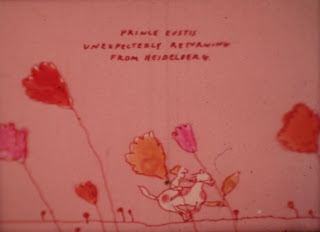 note the horse gallop
His son returns, not wearing any armor. He runs to his father and is quickly crushed to death by its weight. 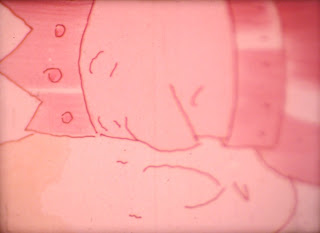 The ironic moral: In a world without armor, nothing is safe.
Posted by roconnor at 12:01 AM

just beautiful.
thanks for sharing, Richard.
maybe it's time for a complete edition of RO Blechman films on DVD...