This contained several pages of notes from Richard Williams' Masterclass in 199something. 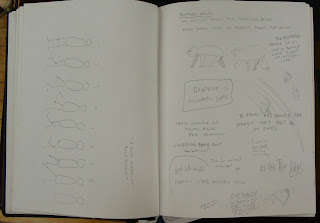 At first, I was impressed with how much I remembered. Not so impressive, really, since he doesn't have all that much to say. And I mean that in a good way.

Everything he talks about comes down to a few basic things. 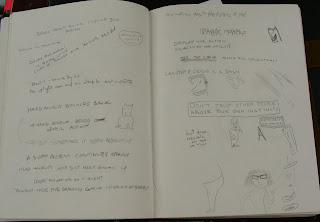 I appreciate the verfremdungseffekt of that. Pure Brecht in technique.

Tytla's elements, he added, imply everything else. "Learn how to do these things well and you can animate them."

After that, most of what he discussed was technique. How you apply these rules in specific settings.

Much of the information is printed in his book. But the book doesn't capture the expressiveness of the animation, or the of the man.
Posted by roconnor at 12:21 AM