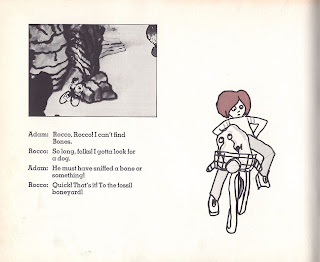 The film is often called a documentary, and it was called that at the time.

It was made prior to Errol Morris and long before Michael Moore, when "documentary" was synonymous with "educational". 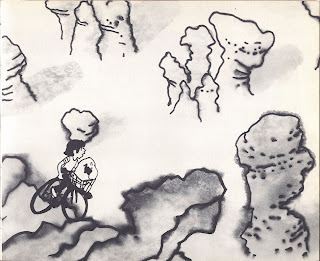 As an educational film, it's a logical progression from Bell Labs' famous Capra-produced films. Those utilized the popular aesthetic of their time to convey information to children. Likewise, "Dig!" took contemporary styles and made geological hay. 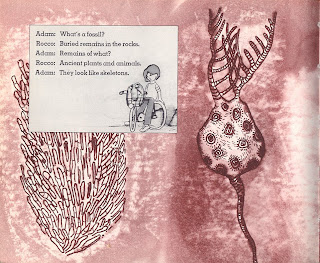 The sinewous texture in the drawing feels like a visual progression for Hubley as well. It predicts the look of "Eggs" (which was greatly influenced by the animator Tissa David) and makes a kind of visual bridge to "Windy Day". 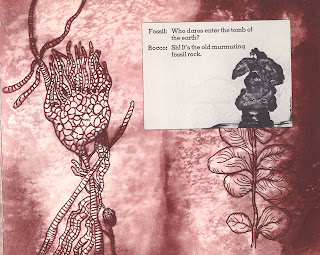 Speaking of Tissa, this rock may have been that self-portrait she mentioned. 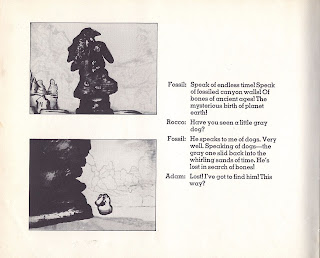 Tissa told me once that you can always trust a person with a strong nose.

This goes counter to popular (largely anti-Semitic, no doubt) belief. She became much more comfortable with me, she said, when she met my girlfriend -I had good taste in noses. Europeans. 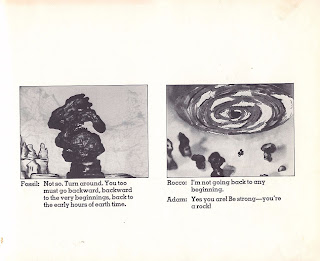 In any event, the genre of documentary has changed radically in the past 20 years. "Dig!" might well fit into that classic definition, but I think that definition is useless. It co-mingles "Our Mr. Sun" with "Gates of Heaven" -those film share very little common ground.

The science film continues to be a vibrant format (as does documentary), but they're two branches of the "non-fiction" tree. First cousins maybe. 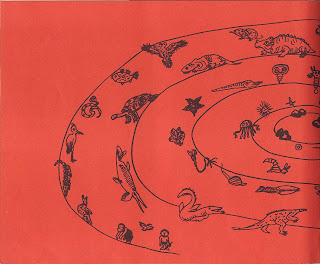 This selection from the "Dig!" book ends with a spread. These are fossils -which we all know are phoney and put there by God to test our faith. 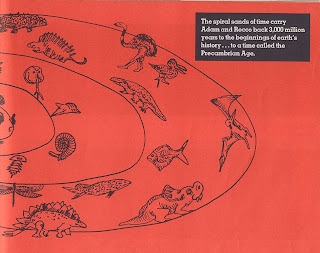 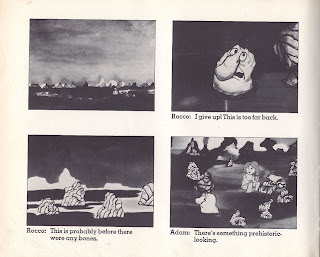 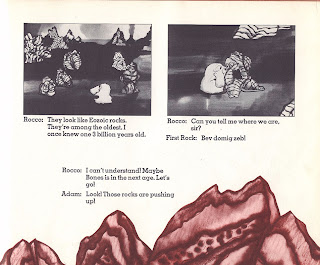 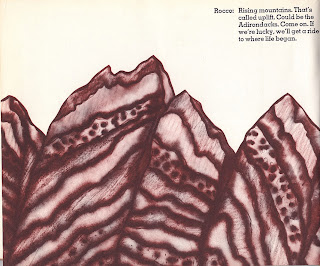 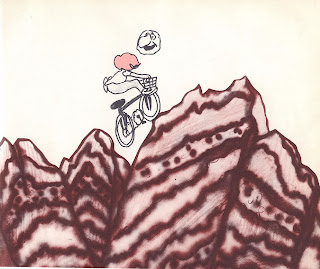 Tissa saw the Aunt Sadie character as a self-portrait.

She tends to ascribe a character in many of her films as self-portrait. The most likely is an older woman in my film, The Marzipan Pig.