Dig! is 25 minutes, at the point of production it was the Hubley's longest production for television (Of Stars and Men was nearly an hour, but produced for theaters).

That's why the book is so long. Here are another dozen pages. 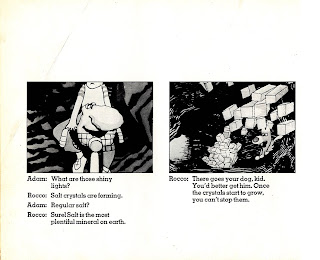 The copy is pulled directly from the film's script. 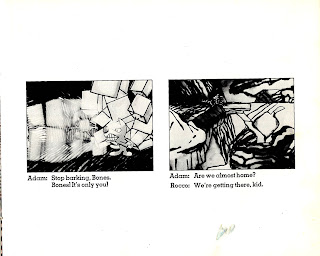 The "echo" is difficult to produce in print. Effective in the film, poorly translated to the flat dimension. 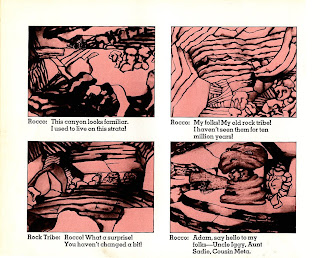 Once again, the color treatment is impressive. Limited to black and a tone, the design makes wise use of color. 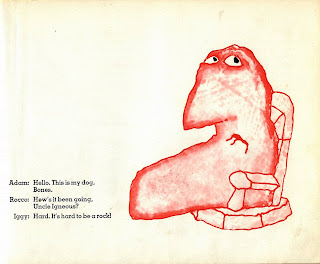 Here the main image is red with a touch of black. The character is colored in semi-tones. The lithostone would be prepared so that only a percentage of the color ink would transfer -giving tonal variation using a single ink and a single pass. 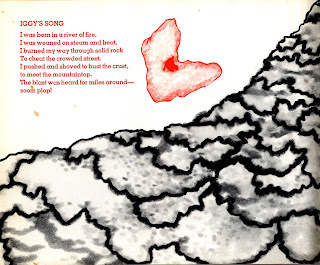 The mix of black and red can be striking. 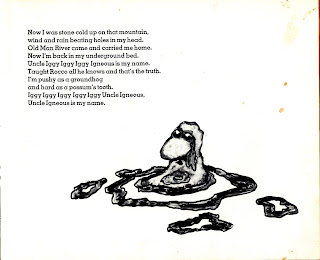 And when it's "just" black, the reminder of color makes the graphic even stronger. 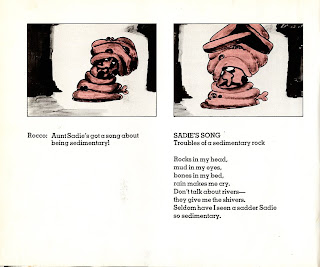 I can't recall the music from this film. The soundtracks to other Hubley films are indelible. 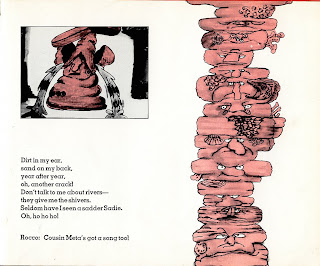 Even though each rock has a song, the melodies escape me.

Quincy Jones did the music. He's also responsible for the music in "Eggs" -possibly the finest music track of any Hubley short. 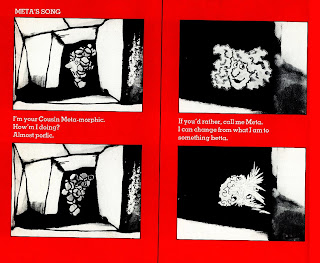 Any Hubley short with the exception of their Electric Company films. 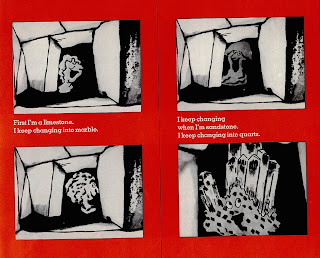 Here are frames that seem pulled directly from the storyboard. 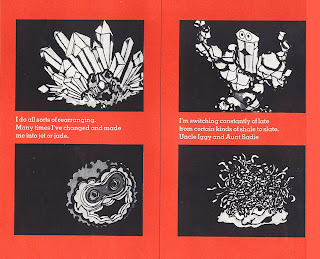 They'll create rhythmic, orderly frames for a page or more. 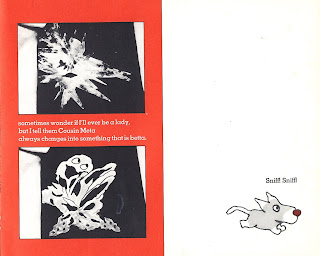 And ultimately break the order in a dynamic way.

This is treating the comic medium in a filmic way. Trying to control time.
Posted by roconnor at 12:41 AM