Animation is a process.

With process, there is the trap of "routine".

Routine bugs me. It bugs me so much I change the path of my daily commute with regularity.

Lately I've been going one block over, one block south, one west for the JMZ train. 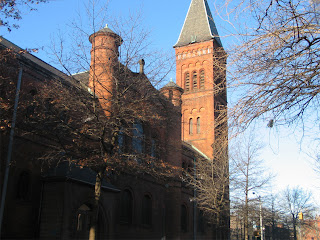 That gives me this greeting when I make the first turn.

St. Paul's Lutheran Church is a tiny treasure. Designed by J. C. Cady, responsible for the South Wing of the Museum of Natural History and the original (now demolished) Metropolitan Opera House. 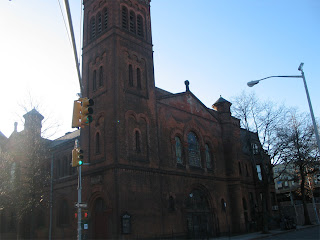 It's a very interesting structure. The S. 5th street facade looks like a dominant church entrance, but it actually part of a compound of three buildings centered around the church. 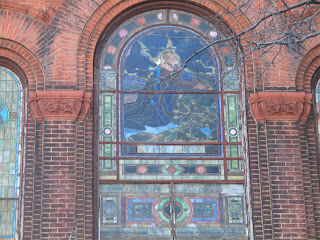 The school house (not sure what it's used for today -not a school, clearly) even features intricate stained glass. 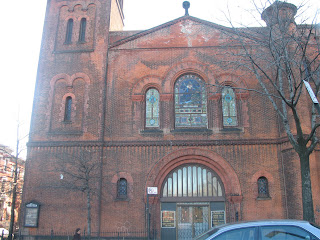 The brickwork is what draws me to this building, and the stained glass and other peculiarities are the reward. 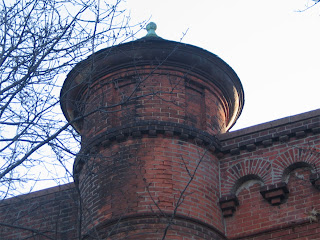 These turrets are the greatest peculiarities. With the brick structure, Romanesque arches, and narrow ground level windows St. Paul's resembles an armory more than a church. 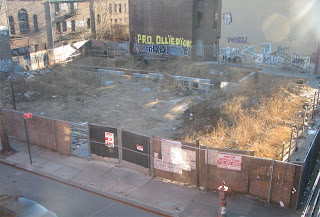 It's next door neighbor was demolished last year. 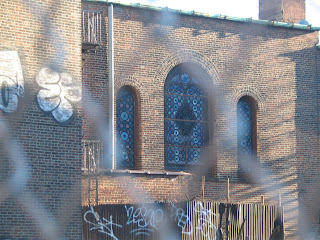 Of course, it's neighbor was the Commodore Theater -I wish it were in operation while I've lived here.

But I did get to experience the premiere of a film I helped Ian Marshall on, a night that held much promise which now seems ancient history. 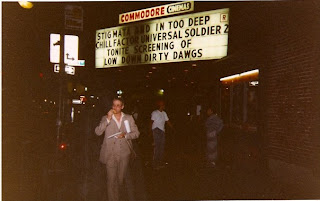 You and Ian worked on Universal Soldier II? Who knew? Is that the one where the good guy is so much better at fighting than the bad guy but the bad guy fights him anyway and loses? Awesome flick. I had no idea.

It was "In Too Deep", which was a midnight showing and largely responsible for the Commodore's legendary "sticky floors".

Not deep enough, it would seem.

As a semi-regular Commodore patron in it's late mid 90's incarnation, It was a pretty fun place to fritter
an afternoon away. Even back then it was retro-seedy, a last bastion of early 70's Midnight Cowboy style NYC. Oh well, another good thing bites the dust. We always have Netflix.

Kate and I attended that church once, the people were very nice.

I walked by late one Sunday morning with a paramour -who obviously wasn't my wife, who clearly was shaking off some sort of unspeakable debauchery from the night before -and there was a guy just pulling up in a car, a deacon I guess, who enthusiastically (but very nicely) tried get us to go in.

We thought they might have been setting us up for an exorcism.