I Did Acid With Coraline

If I were an addict maybe I would've enjoyed Coraline.

It is highly admirable that Henry Selick would make the film that he wants to make- one that's languid, animated, with no discernable "target audience".

I can't give an honest critique of the film because I fell asleep for the majority of the picture.

Not that it was unusually boring, it's ill-paced and doesn't unfold as a story as much as "level up" in the manner of a video game.  The story is full of repeated actions that "progress".  There aren't really new events or episodes as much as increased complications of the basic premise.

What put me to sleep was the physical difficulty of watching. 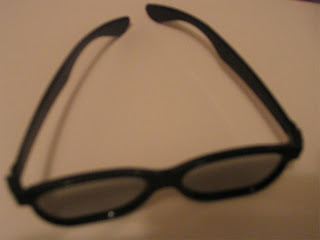 The 3D gimmack was a painful strain on the eyes.  The film is dark,  Nightmare Before Christmas dark, made even darker by the neutral density lenses.

The only legitimate critique I can offer is that the main character, Coraline, is pretty unlikeable.   The filmmakers assume we'll identify with her simply because she's the title character.  She's immediately a jerk to a kid who tries to befriend and is petulant with her parents.  We're supposed to feel as though her parents are uncaringly consumed by their work, but it's just as likely they've been beaten down by Coraline's longsuffering "woe is me" attitude.

Coraline feels like it wants to be new Iron Giant -a children's story about a misfit which resonates with adults.   There's no comparision.  Both have solid technical sheen, but the characters and the narrative of Brad Bird's film are fully developed, Coraline may have been better served by moving some money from the 3D pop-off-the-screen budget line into the story department.

The highlight of the film was running into Amid and Celia at the screening, if they went to see it once more I'd happily sleep through it again.

Email ThisBlogThis!Share to TwitterShare to FacebookShare to Pinterest
Labels: criticism

You know, I made a comparison to Time Bandits over on the ASIFA blog earlier in the week.
I caught Gilliams' Tideland again very late last night.
And incredibly demanding film but rewarding if you can get into it.
I think Coraline was much more like Tideland than Time Bandits...