It's no secret that budgets have decreased dramatically in the past ten years.

Costs have decreased too, but not nearly as far.

Within this time one of the great cost cutters has been the ability to "post" pieces -at least partially, if not entirely -in house.

TANGENT: When I first heard someone (in this case Shawn Atkins) say they were going to "a post session" I immediately thought there was some sort of wall or pole onto which the film needed to placed.  I kept my mouth shut and shortly learned it's full name was "post production" and entailed sitting in dark rooms with men -and occasional women -behind a control board with lots of dials.

In the days when the money flowed, one had to go to a facility which charged, on average $1200/hour to get you film to tape and your tape edited and up to broadcast snuff. 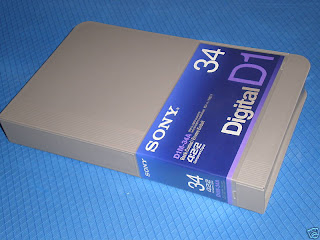 A producer would walk out a little lighter in wallet but laden with digital tapes of all sorts; D1, D2 and the new kid DigiBeta as well as a slew of 3/4 inch Umatics and some VHS for good measure.

Once that master tape was delivered the producer was absolved of any further practical duties.  And that master tape was one format 720x486 NTSC (unless it was D1 which uses a square pixel).  The job of duplication, distributing, broadcasting, etc fell entirely to the client.

Now much of that post-production work is done in house.  Now the animator can deliver directly to the client for broadcast.

Moreover, the delivery standard is now variable.  Not simply variable in file formats and codecs (which can be maddeningly unlimited) -variable in shape and size. 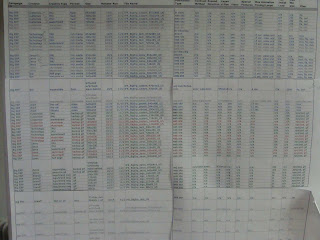 Nearly every project has a web component which can require creation of versions in dozens of sizes and compressions.

The upshot is that a job which would formerly end with the FedEx of a master tape can go on for weeks longer with the creation and re-creation of versions.   Since there's no hardline delivery as there once was, these costs wind up rolling on.  Even when the specs are agreed upon beforehand the pieces can go on for weeks.
Posted by roconnor at 7:30 AM