Getting a job is difficult. Even if you've got a great reel, competitive pricing, and a good creative strategy there are a slew of things that can prevent you from landing the client.

Sometimes the job just disappears, sometimes someone else is just as good, sometimes (and this happened to Brian while at The Ink Tank) the ultimate decision-maker is an anti-Semite and won't go to New York because its "full of Jews".

Sometimes the prospective client already has a relationship with a vendor they trust. This happens frequently. 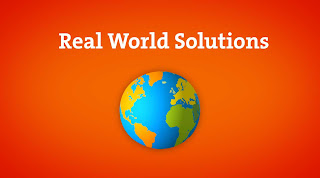 That's why it's important to become that trusted vendor.

Last year we had 20 contracts (that's four shorter than quota, but some were multi-film deals). 10 were people who had contracted Asterisk previously, an additional two were with clients Brian has known for over 20 years, four were on recommendation from Gail Levin. Add it up, that's 80% of our work that comes from personal relationships. 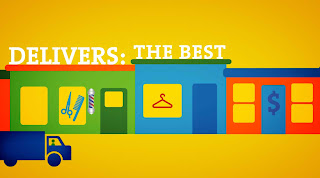 Showing right now in Las Vegas are some graphics we did for TMG Communications, old friends we haven't heard from in 4 years. We like them a lot and we're proud of this simple little motion graphics pieces we did.


Natella Kataev is largely responsible for these. Above is one of five clips we created for a trade show. If you like it, it's Natella's doing. If not, that's probably my fault.
Posted by roconnor at 12:13 AM