We've been doing an ad campaign for software Infor for the past several months. "Down with Big ERP"

Our work is mostly online, Steve Brodner's illustrations have run in newspapers, magazines and billboards. 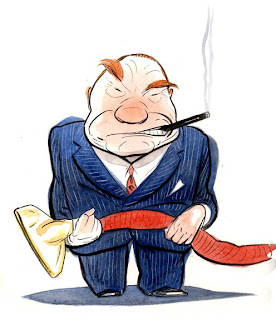 It's an international campaign being spearheaded by Agency PJA in Boston.  We're in the throes of delivery a series for a couple Asian markets now.

Here's a fun interesting component to the campaign.


The concept was developed with Monster Media who also produced the billboard. It's motion activated and the ERP guys follow passersby pockets sucking money with their vacuums. 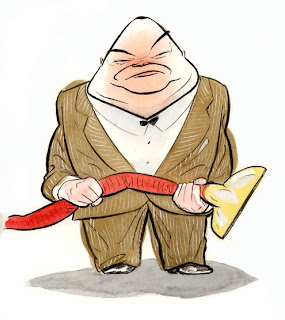 We provided them with the animation in specific element deliveries. Christina Capozzi Riley did the animation in record time to meet an installation date which coincided with a big conference in Miami.
Posted by roconnor at 7:18 AM