Philadelphia Eagles Head Coach is notorious for his tight lipped press conferences. When asked why a drive failed, or why the team couldn't make up a 10 point deficit he offers the same stock answer: "I've got to do a better job of putting guys in the position to make plays."

That's what running a production is all about. Putting artists in a position to execute their job to the best of their ability.

Both are factors of one overarching notion: protect the film.

• provide a buffer between client and the artist. This doesn't mean stop them from talking to one another -very much the opposite. It's the producer's job to "handle" the demands of the client, the temperment of the artist

• when something's wrong, and it's the artist's fault, the producer has to step up and take the blame. Even if was 100% not the producer's fault, in the eyes of the client it should NEVER be the artist's fault. Think it like this: if you've messed up, that's one mistake. If you've hired the "wrong" person and allowed for a mess up, that's two mistakes. Not only will you be protecting your crew, you will ultimately look better

• that goes hand in hand with unduly crediting the artists for positive work. Even when the producer is responsible, pass along the credit. It makes the producer look better (inverse of the previous point), it puts the artist in a better position to make plays. 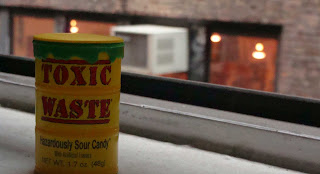 CATEGORY TWO
• provide a good working environment. Animation artists all want to work at home these days. They can sit in their underwear and eat Cheetos with their goldfish. Unfortunately, working at home is a drag on most productions. It can work, especially if the project has lower standards of animation or art direction. Assuming the producer is trying to make something of a certain quality, that means constructing an atmosphere which is conducive to good work.

There are simple, inexpensive ways to do this. The producer should open up conversation, buy everyone coffee one in a while, bring in candy, get little gifts on occasion -maybe an old book or something from a gumball machine.

• make people feel appreciated. Artists do better work when they understand that good work has impact.

• understand and maintain the highest possible quality of tools, It doesn't necessitate have the newest and fastest of everything, more often is means assuaging artist's idiosyncracies -like getting them a corkboard or a brush to wipe away eraser detrius.

• make individual artists understand their role, and if need be, its place in the whole film.

• set workloads for artists. Make sure they have something to do.

• keep artists engaged in their work

• cast the right artist in the right position. Odds are a character designer will not make a good animator. That's putting him in a position to fail. If you've got the luxury of experimenting with off-type casting, make sure there's a support structure for the artist to fall into.


Like all bad producers, I'm forgetting a few dozen things. These seem like a pretty good starting point.
Posted by roconnor at 12:48 AM

How nice to see this.
I was going to spend some time on a similar post but I'm just going to link to this instead.

coffee. i love it when producers bring coffee. and beer.

First of all. Thanks very much for your useful post.

I just came across your blog and wanted to drop you a note telling you how impressed I was with the information you have posted here.

Please let me introduce you some info related to this post and I hope that it is useful for community.