I Just Want A Hula Hoop

1958's "Witch Doctor" may have been a smash hit for David Seville and his sped up accompanists, but it wasn't until a year they were revealed to be "The Chipmunks". 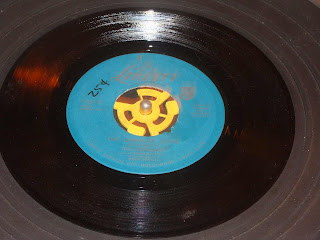 The Chipmunks became a ubiquitous "property" in the early 1980s. It's become increasingly questionable with each incarnation.

I picked up "The Chipmunk Song" 45 for 25 cents on Saturday. Christmas in August.
Posted by roconnor at 12:17 AM

My favorite performance by David Seville aka Ross Bagdasarian is in Hitchcock's REAR WINDOW. He's the pop composer/pianist across the way from Jimmy Stewart. Perhaps if he had been speeding up his voice at that point in his career, Jimmy Stewart might have though of killing him.