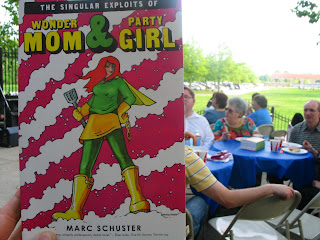 the sky was really grey like this, not my fault
The first line is good and the excerpt he read was also interesting.  He admitted that he had a hard timing finding 5 pages that were "all ages" suitable for the party.
The party was held at the Swedish American Museum.  It's on the grounds of a lovely park in South Philadelphia, just north of the Navy Yard, just West of the ballparks (which we attended on Sunday). 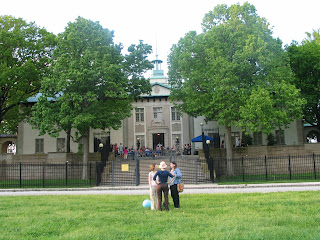 Swedes
I had a vague feeling I had been in these fields before.  Maybe with the Spinelli family the time I went to the baseball game with them and not my Aunt Betty.
Inside the Swedish Museum, a room dedicated to Nobel Prize winners.
I told Marconi "Wireless was a phoney". 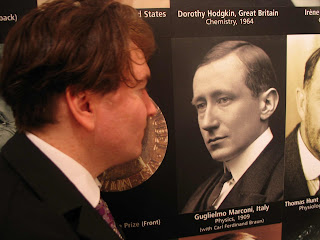 who had the last laugh?
Posted by roconnor at 1:22 AM