The World of Animation

Making room on the ol' bookshelves for some recent arrivals caused me to pull this down. 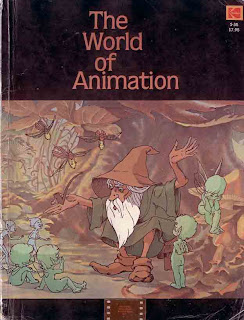 The World of Animation was published by Kodak in 1979.  Written by Raul da Silva with lots of illustration from Ray da Silva including this cover... 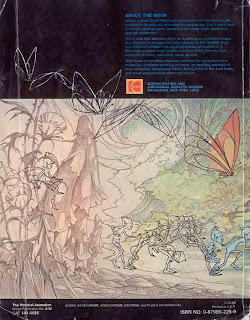 ...it's one of those step-by-step beginners guides to animation which currently glut the bookstores.


Maybe time has treats these books well.  Maybe a more educated audience makes these guides from decade past interesting today.

This copy was once in the library of The Richard Williams' Studio.

It contains a couple nice photos of a 1977 laptop computer. 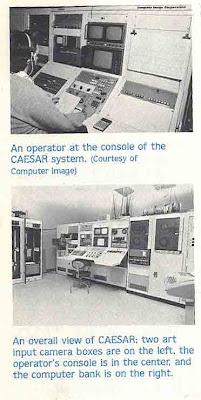 CAESAR: I came, I saw, I generated 12 frames of backlit green lines in three weeks.
What caught my eye were these model sheets from Gulliver's Travels 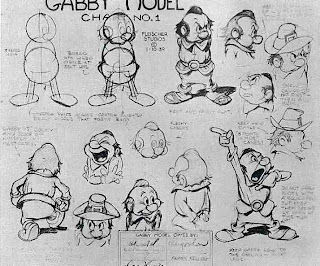 I can only make out the signatures "OKing" the sheet from Seymour Kneitel and Frank Kelling. There are a few others but they're too faint in the reproduction. 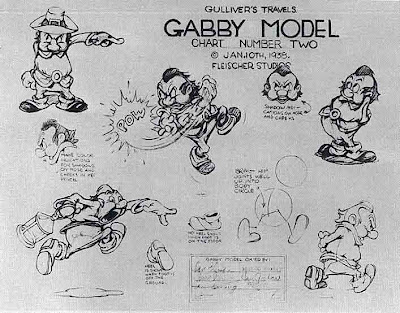 I'm guessing these are from 1939 and the artist who dated #2 here was still a little hung over from the New Year's celebration.  The film was released in December of that year and was made with breakneck speed.  The Miami studio opened in the Fall of 1938 and the entire picture was produced there.

I love the action punching drawing in the center of model #2. 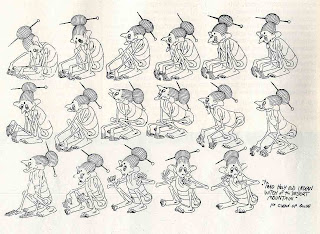 We're then shown a clean up guide model sheet from The Thief and The Cobbler.  Looks like drawings from a scene photostatted onto one sheet to make the model page.
Posted by roconnor at 6:18 AM

Ha, I have this book! Love looking back at dated processes, but yeah, there's some nice finds inside.

I love this book. It's a great read. My first copy fell apart years ago. Happily, I found a second copy for a buck at a library book sale recently, in good condition.

Another good book is "Animated Film: Concepts, Methods, Uses" by Roy Madsen. It was published in 1969. It's more in depth as far as being an overview than the da Silva book.

This book does have a nice little DIY camera stand set-up chapter that might come in handy for some.