Who The Heck Cares About Exposure?

I try not to editorialize too much. 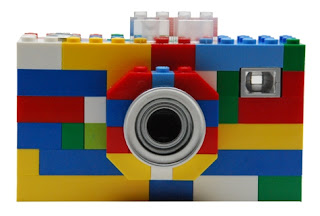 We regularly get contacted by "filmmakers" looking to add animation or graphics to their piece.  It's understood that independent artists -those making short films especially -are fairly tight on cash.  Animation, though, is a time consuming process that involves expertise, capital, and years of training.  These things have monetary value.  That said, we've (almost) never turned away a project that was good for budgetary reasons.  As long as there's a budget to be discussed.

There are other forms of payment in addition to cash considerations -after all, there needs to be an exchange of considerations for any contract to be valid.   A primary additional consideration is credit.  Credit for the work, not your MasterCard (though I wouldn't turn that down).   The size and placement of the credit is a payment of sorts, about 1000 times less valuable than the lowest hourly rate but it's something.

The one thing which bugs me most, and we've been hearing this a lot is "exposure" in lieu of greenbacks as a form of payment.

The obvious problem with that, of course, is "what? huh?".   If someone can't even afford to pay the people on their film exactly what sort of "exposure" will it be getting?  Will it be good as the network television work that we do?  Or the feature films?  Or making something on our own dime and putting it online?  How, exactly, I am benefiting (i. e. getting paid) by this "exposure"?

Deeper than that, the promise of "exposure" shows a fundamental misunderstanding of animators in general (and hints, by extension, at a lack of understanding of the process).   The promise of "exposure" is attractive to Donald Trump types who love the sound of their own voice, even if they're parroting vapid lines.  The animator who seeks that sort of thing is very rare -that's why they gravitate towards the anonymity of the lightbox or desktop.


So, really, "exposure" is no form of payment at all and if that's what someone is offering their offer is, in fact, a net negative considering the greater "exposure" an artist would get if the committed the time to the creation of their own work instead of using it to make a gift for an aspirational entrepreneur.
Posted by roconnor at 6:32 AM

Email ThisBlogThis!Share to TwitterShare to FacebookShare to Pinterest
Labels: editorial

I'm glad someone sees it this way. I've been out of school and working in animation for three years. And I have had very little exposure from the jobs that promised it.

The word "exposure" to me now means to desperation and unwillingness/inability to pay.

I was recommended by a client to a business person that offered the chance to work on a project that would offer me lots of exposure. Of course, they couldn't pay me but my drawing would be used to attract funding for the project (which was going to require millions of dollars). Thanks but no thanks. Also, my client, who attended the meeting with me, probably in an effort to get me onboard, became a former client right on the spot.

Every time I get asked to do a project "for exposure" a red flag goes up.

Just to add, the person who offered the job didn't mention that there was no payment, just "exposure", until after I'd spent the time getting ready, driving down there, and sitting through their verbal description.

What a waste of time.

I now make it a point to bring up payment in the initial phone discussion if it's a person I've never worked with before.

One project I can think of where "exposure" is actually substantial is Bill Plympton "Guard Dog Reanimated".

In this case the artists were only asked (or volunteered) for a short clip, something which would take a couple days and their work was fairly well guaranteed to get high profile festival play and the same credit list as first rate talent.

That's a very rare case of "exposure" actually being worthwhile.

You can expose yourself to me any time, Richard.

Usually this kind of "exposure" merely exposes the fact that the neophyte animator is a sucker who can be manipulated into giving away work for free or almost free. That kind of exposure you don't need, tempting as it may be for the student who is seeking to break-in , following this line of wishful thinking :

"Gosh, if I do a good job on this then someone from a real-for-sure Big Time animation studio will see it and then they'll call me up to offer me a full-time position".

Nope, not likely. In most cases you would be better served spending the same free time working for yourself to polish your reel or make a personal project. (something like the all-voluntary Bill Plympton "Guard Dog" collaborative project that Richard mentions being an exception to the rule) .

I actually try to obscure my credit on my animation, putting it at the end very small, I feel it can get in the way of the work itself, and seems like an exercise in narcissism and makes me kinda cringe when I look at older stuff of mine when I placed my name prominently.. and then there's a certain joy of using the pen name or 'nom de plume' which I love, but then I worry for 'networking' or employment or paying rent purposes, maybe I shouldn't get so meta...