This is something I rarely do, but should probably do all the time.

The job binder.  A three ring binder that contains all the information for a production. 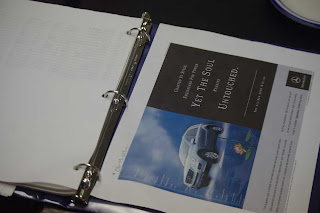 print art in an agency paste up which inspired the spot in question
I rarely use job binders because 1) I'm lazy -no explanation needed and 2) I'm arrogant -I tend to think I can produce a half dozen projects simultaneously while never lettin' em see me sweat.

I'd like to hear incidents when I've spotted with a bead of perspiration.  Unlikely to be anyone to step up (there's that arrogance for you). 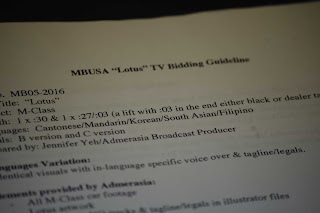 Bidding Guideline
The agency producer was amazingly awesome.  She put together the "bidding guideline" which I could then use throughout the production as a reference for what we were supposed to be doing.
In yesterday's post on the bidding process, I neglected to mention that all of those steps will ultimately make producing the film significantly easier.  Here's a perfect example. 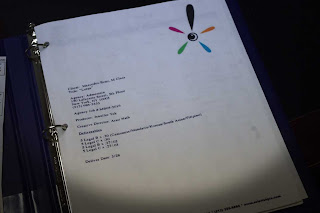 For this project I was less than certain.  We were shooting live action (35 mm, high speed), creating original CG animation,  doing special effects and editing pre-shot footage of the vehicle provided by the client.  Plus 2 different legal versions (different supers/tags/etc) in two different lengths (:30 and a :27/:03), in 6 languages.   That's 24 versions of the spot.
And it was a pretty meager budget to boot.
So I reverted to the Job Binder.  I first used them on jobs I produced with Santiago Cohen and Maciek Albrecht for HBO.  Back when I was terrified of screwing up (before I learned that no one ever  died because they didn't have perfect animation).
So what should this binder contain?
1) CONTACT INFORMATION.  Who is doing what and how can they be reached.  Important to have at your quick disposal -especially when live action is involved.
2) STORYBOARDS. 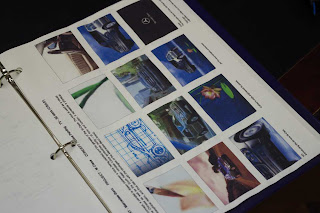 The storyboard is the blueprint and lexicon for an animated film.  Most commercials, in general.
3) SHOT LIST.  The breakdown of each scene.  This is most important in animation.  You track where a shot is in production and can calculate how long it will take to finish.
4) BUDGET. 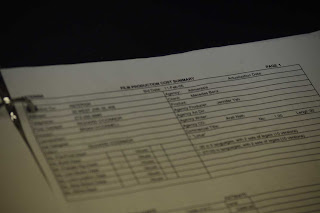 Every film is shaped by money.   If you need another compositing artist, check the numbers -maybe you've accounted for it (hopefully you have).
5) SCHEDULE (obviously) 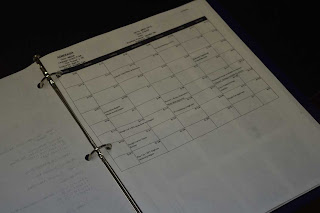 6) SPECS.  Specifications of what the job delivery entails.  A list of all versions and formats required.
7) CORRESPONDENCE.  Important letters to and from clients and vendors.   You may need to refer to these in the future. 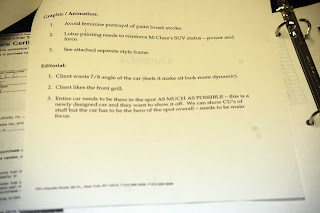 8) RESALE CERTIFICATES.  If you're buying/renting stuff you don't have to pay sales tax on those items if you're reselling them.  If you buy tape, you're reselling it as part of your delivery, no sales tax.  The state issues "resale certificates" for the vendor to keep on file.

Conversely, you are responsible to pay sales tax on your the sale of your film unless you have a resale from your client.  If they're an ad agency, that's no problem -they resell to their client.  So make sure you get one, otherwise the state is due a big percentage of your budget.
There are other things you can keep in here as well.
You'll notice that the only "creative" information I've kept is the storyboard.  This binder is for the business end of production, if things such as model approvals and character turnarounds are an integral part of the process, you might want to include them.  Generally, I prefer to keep that stuff separate.
Posted by roconnor at 7:22 AM