The third year curriculum should be the most difficult for an animation student.

First, anyone who uses the word "animations" will automatically fail for the year.

Basic concepts of draughtsmanship and ways of thinking about animation should be fostered in the first two years -along with a rigorous dose of animation and film history.  Year three is when those ideas begin to find their ways into practice.

We would also have two current concept paths throughout the year: 1) story form, and 2) animation technique. 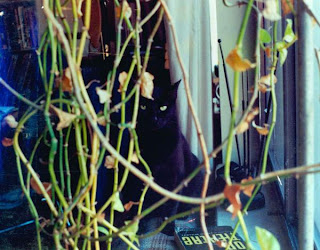 Thrown into the mix will be software courses: both 2d and 3d software.  Though, I have to admit, I don't have a good plan on how to approach 3d software.  In my opinion that would be a 5 year program with software being introduced in year 3, expanded on in year 4, and "perfected" through production in year 5.

Start with story.  First and foremost:

Brecht on Theatre in conjunction with

Storytelling is largely instinctual.  I think it's a bad idea for young filmmakers to first study books which  expound on form and formula -even good books ("Save the Cat", being a prime example).

These two texts -"Poetics" and "Brecht on Theater" present ways of thinking about storytelling.  They're not "How To..." manuals, they're texts which help an artist understand their instincts.  These writers provide a vocabulary for discussing and understanding what makes a narrative work.

On a practical side, I hate to do it, but I've got to "double dip" authors with Nancy Beiman's "Prepare to Board" (I also like her other book for 2nd year development).

This leans a little step-by-step for my pedagogical tastes, but it's well written and gives useful legitimate information. Most storyboard books don't.

I'd love to see a volume that just collected boards from various sources -Warners, Disney, Plympton, commercials, Dora the Explorer, independent shorts -with little commentary. That's the best way to see what works.

For animation lessons, I'd use two workbooks. It's important to remind students that there is more than one right answer when it comes to animating. That's a tricky concept -since often a character will dictate that there is only one "right" way to animate, but that "right way" can't be universally applied.

The best of the animation workbooks is Halas and Whittaker's "Timings for Animation".

Unfortunately, the revised edition of this book is a step down from the original incarnation but it's all that's in print.

That would balance with Tony White's "Animator's Workbook".

Thus concludes the core reading for year three of my hypothetical animation program. I'm sure I'd load in other supporting, dissenting and seemingly irrelevant texts too.
Posted by roconnor at 6:56 AM

Email ThisBlogThis!Share to TwitterShare to FacebookShare to Pinterest
Labels: teaching