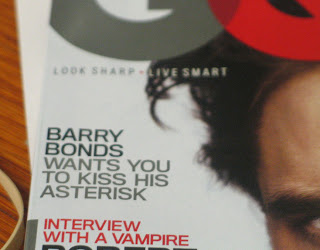 So I called up Sam and we developed "Monroe!" from one of his earlier characters. 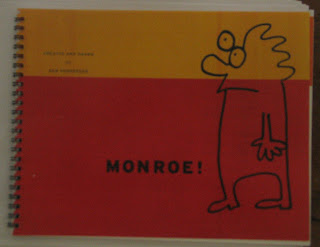 pitch book
The first place we went was FX. They bought the pitch for development in the room.

They didn't buy it for much, but any money to develop an idea is significant. At the very least it show the network is serious about your idea, at most it's a commitment to give the project its best chance of broadcast. 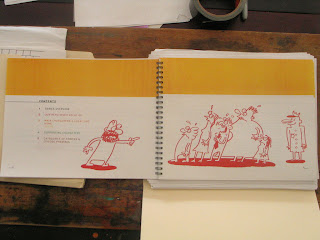 table of contents
From this experience, I had assumed that pitching and selling projects would always be a breeze -walk in with a great idea, walk out with a check. Like hitting a grand slam in your first big league at bat.

This was more like a ground rule double -since we only got to develop a pilot script and storyboard, I guess it's more like an infield single. 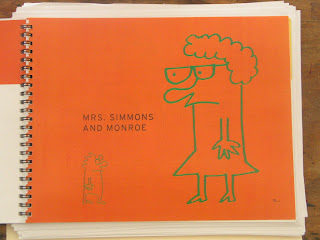 the drawing is "crude" but highly effective

It was a long process to get the pilot board finished and by the time it got to point where we were ready to animate, the development people at FX had turned over and the new folks didn't pick up any of the existing slate for further development.

Based on his work here, though, Sam was able to get a gig writing for "Spongebob Squarepants" and live the sweet LA lifestyle for a few years.
Posted by roconnor at 4:14 AM