You Are What You Smoke 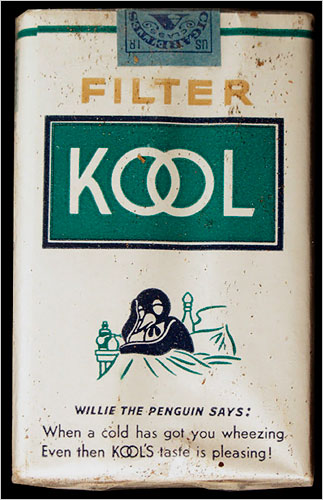 When I was a kid, my father would give me a dollar to go up to Shelly's Pharmacy and buy him a pack of Kool Menthols. Today that would be considered child abuse, I guess, and Shelly's would get picketed and shut down.

Shelly's has been shut down, I'm pretty sure. The woods that separated our apartment sized rowhouse from the drug store is now a full blown strip mall, and Shelly's from a one man pharmacy, to a seven store operation -now replaced by a Walgreen's or CVS or some other behemoth. Some corporation that would never sell a dutiful son cigarettes for his father.

My father passed a year ago today, on September 12, 2007 at age 55 after several months of cancer treatment.

We were about the same height, but you always remember great men as taller than they physically are. 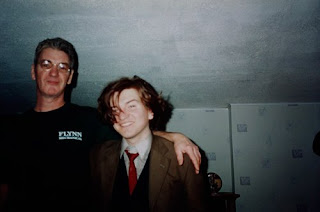 There is much to say about him- about his life, his passing, about his ghosts that haunt corners of my conscience. But if he had to be summed up in a single word, easy: Kool.
Posted by roconnor at 9:30 AM

Email ThisBlogThis!Share to TwitterShare to FacebookShare to Pinterest
Labels: friends

Certainly, it was a memorial day. KOOLS brought back memories of my father, too, and the trips I had to make to the candy store to buy him Kools and Luckys. Thanks for the memory.

Love the cigarettes & the memories even years after this posting.