On the same day the Mets again squandered their playoff hopes -karmic retribution to the fans for making those dozen games at Veterans' Stadium in 1986 so unpleasant, the fabric of time shredded -twisting Fort Tryon Park in Upper Manhattan back to the 13th Century. 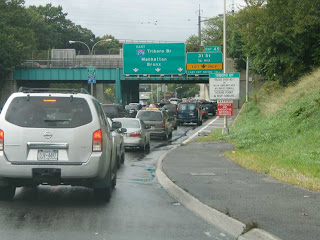 Traffic was frozen with people flocking to the last game at Shea, maybe just folks honking and beeping their way to Inwood and the Middle Ages.

Way back in the 20th Century I went to "Medieval Times" in New Jersey with a bunch of folks for Greg Fiering's birthday. Traffic was tough that day, too. Especially in the back of Aaron Cantor's van. We meshed not only with families looking for Robin Hood style feasts, but with legion New York Football Giants fans going to and from the Meadowlands (hopefully to witness their team face a crushing defeat). 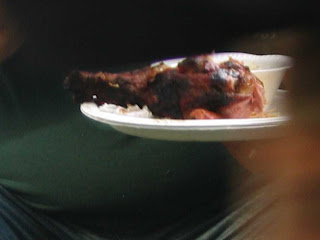 At "Medieval Times" I learned that only vegetarians had utensils (and edible food) in days of yore. Everyone else just ate one big turkey leg.

Participating in Medieval Fayres is akin to Civil War re-enactments or roleplaying games. These occasions defy time. To varying degrees, they remove the player from our current temporal situation and put them into an alternate time frame- one in which all the events leading up to this point are nullified.

Sporting events defy time in a different manner. Most are tied to a clock, giving seconds an almost physical value- football, basketball, soccer, hockey all fall into this category. Time becomes a commodity.

Even in games with commodified time there is space heighten the power of the moment or remove the experience from chronology entirely- the basketball free throw, the time out, the various strategies of football coach to slow down or speed up the game. These events attract us, in part, for their ritualistic nature and their bubble-enclosed manipulation of the clock.

The experience in the stadium effects the attendants in fundamentally the same way as a church goer; not through identification and catharsis, not through the communal experience -but with the denial and restructuring of time as it becomes manipulated into what can be called "sacred space".

This is most evident in clock-free games -tennis, golf, baseball. Especially baseball with its loping pauses punctuated by moments of action, a game absolves the spectator from ticking of ordinary time and imposes a free form structure of 54 "outs" on the clock. Each of these "outs" contain at least one instance of (for lack of better word) conflict in which time is further magnified and taken further outside of chronology. With a full count, bases loaded and the game on the line the relationship between the pitcher and the batter intensifies. It may only be ten seconds of "real time" but within the confines of the game it could last all night. The game has moved from "Chronos", normal time, to "Kairos", time outside of time -time for reflection, time for god. 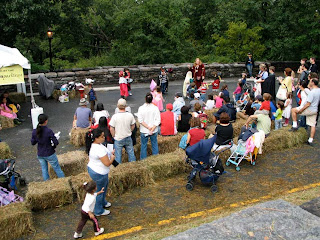 Our sense of this exceptional time, Kairos, was developed with theater. Theater rose as a religious ritual. The Middle Ages gave form to "Morality Plays" like The Castle of Perseverance, Noah's Flood (later made into an opera for children by Benjamin Britten), and Everyman. These trickled down the timeline into Shakespeare and the Renaissance writers -to Mozart on to Wagner and ultimately influenced the psychological framework of the motion picture.

All of that brings us to animation -the ultimate time outside of time, as a creator anyway. When animating, time become quantified -like in a football game. Each fraction of a second has a value. More than that, the animator takes themself outside the flow of Chronos in order to explore the nature of movement and gesture. This communion with time is similar to the pitcher/batter dual in which a fraction of second takes on the weight of a lifetime.

Here also lies the fundamental distinction between animation, puppetry (many forms of CGI) and motion graphics -animation is made outside of time, where the animator controls each tick of the clock; motion graphics are made by setting gestures on a stop watch and letting them flow into one another in real time. 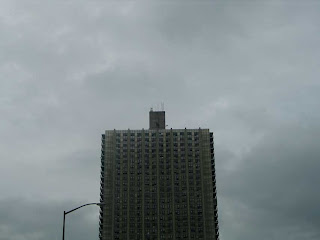 The Stay Puft Marshmellow man was a guy in a latex suit, but if he were made stop motion -he'd be pure Kairos -a perfect partner for Gozer, even Ghostbusters gods exist outside of chronological time. 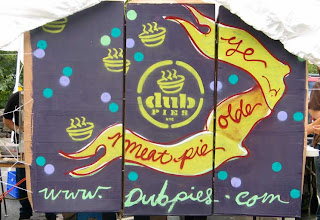 These photos don't fit the subject of the post, but I like them. Meat pies! No forks for meateaters. 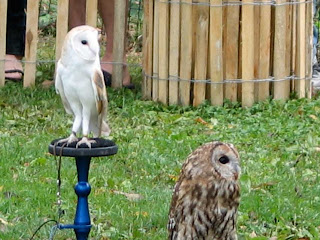 In Ye Olde Tymes pissed off looking birds were a-plenty. Murray the Cat gives me this look a lot, too.
Posted by roconnor at 8:25 PM

Email ThisBlogThis!Share to TwitterShare to FacebookShare to Pinterest
Labels: criticism