Even if you don't care much about awards, the Academy of Motion Pictures Arts and Sciences' clarification of animation eligibility is interesting. 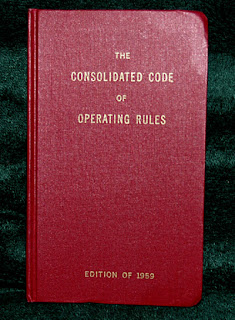 The first is simple and obvious:

In the Animated Feature Film category, the rule governing running time for a motion picture to qualify was changed from at least 70 minutes to greater than 40 minutes, which is consistent with the running time requirements for feature films in all other categories.

This will affect two things.

First, it will make more films eligible for the nomination, thereby making it almost certain to have 5 nominees over the usual 3.   The two additional slots will allow for films which might otherwise get overlooked to benefit from the publicity of the nomination.

The Oscar nomination helped "Secret of Kells" box office in the US, and it only stands to reason that other smaller films would get a boost as well.  "My Dog Tulip" or "Idiots and Angels" were both worthy contenders that got the short shrift by the short list.

Second, it weighs in favor of independent films.  Dreamworks, Disney and the other big studios will  be releasing at least one 85 minute animated film every year.  They don't even consider any under 70 minutes.  Independent animators -40 minutes -that's a feasible  accomplishment.


An animated feature film is defined as a motion picture...in which movement and characters’ performances are created using a frame-by-frame technique. Motion capture by itself is not an animation technique. In addition, a significant number of the major characters must be animated, and animation must figure in no less than 75 percent of the picture’s running time.

This is a statement of the obvious, in my opinion, and I'm glad someone with credentials has put this on the record.

It's not a value judgment on motion capture, but a clarification of what should be a widely known Funk & Wagnall's definition of animation.

The disqualification of a Robert Zemekis film or two will be more than offset by the newly eligible shorter feature.
Posted by roconnor at 4:08 AM

Here's hoping you are right when it comes to seeing a greater variety of films in the short-list. It was unfortunate that this past year only had three nominees due to the silly rule based on the number of films released.

I agree on the motion-capture ruling too as it once again defines the boundary between animation and special effects.